A few days ago I reviewed the Singapore Airlines business class lounge at Heathrow Terminal 2.  I said that is was overcrowded, too small and the seats were too densely packed together.

I had higher hopes for my return flight from Terminal 3 at Singapore’s Changi Airport.  But guess what …. the lounge was overcrowded, too small and the seats were too densely packed together. 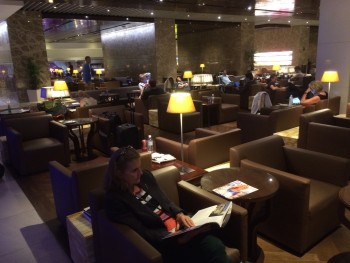 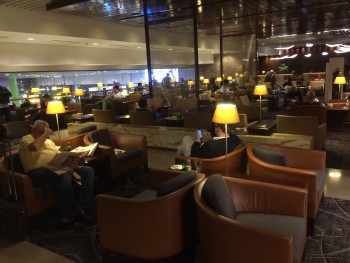 There is no spa and very little in the way of entertainment.  The best feature is the wide array of hot and cold food available: 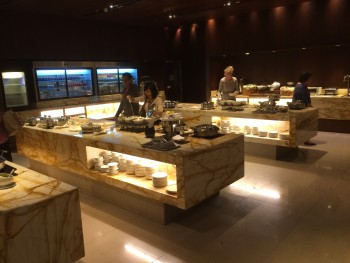 although that is offset by a very poor drink selection.

There is a h-u-g-e bank of computers in an anteroom which I would normally have been keen to use, but it was 11pm at night when we arrived and I wasn’t in the mood to work!  My daughter hit You Tube. 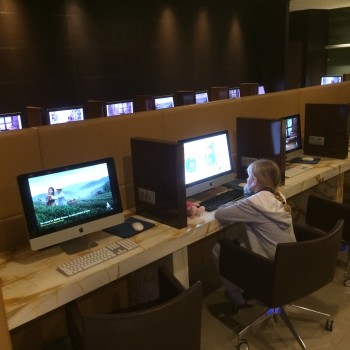 There isn’t much more to say.  Lots and lots and lots of people as midnight approached.  We struggled to find a group of four seats together when we arrived and we had to ask someone to move up.  Given the size of the lounge, the idea that you could not find four seats in a group gives you an idea of crowded it got.

If that wasn’t bad enough, it was a very long walk to the gate when we finally boarded.  It is not an experience I am rushing to repeat, to be honest.