Photos of the new British Airways lounge in Boston

Two days ago we wrote about the new British Airways lounge at Boston Logan Airport.  Reader Angel who flew out of Boston yesterday kindly sent us a few photographs and some text, and reader Ryan also sent a couple.  Here is what Angel said about the new lounge – you can see the corridor decked in balloons for the opening here: (click on any photo to enlarge) 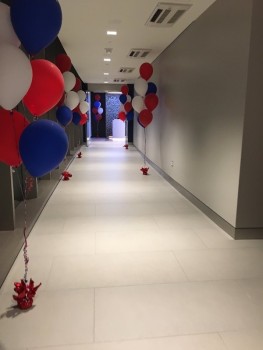 ‘Generally, the new lounge is much better than the old dark lounge. 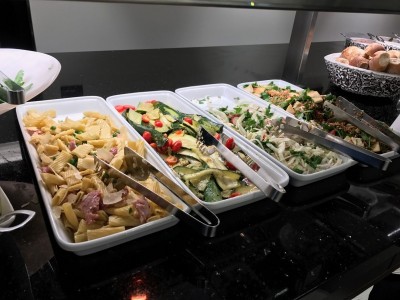 It has got a lot of open space and natural light, overlooking the airfield. There’s a main dining area and a little separate area for First Class passengers (they call it the Concorde Dining Area) where you get served by someone but I don’t think there is an a la carte menu. 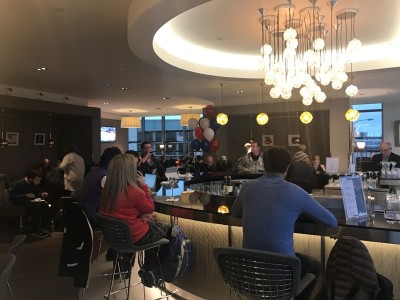 There is a bar area where you get served cocktails, wine and spirits.  There is no self service apart from beer and wine. 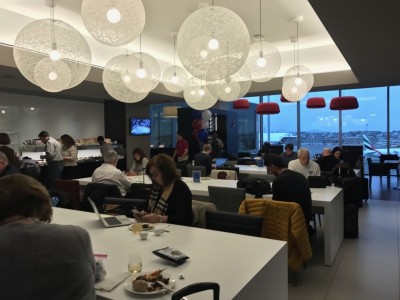 The biggest disappointment is that they no longer serve champagne – it is only prosecco now. However, being able to board directly from the lounge (via the doors in the photo below) is a big plus.’ 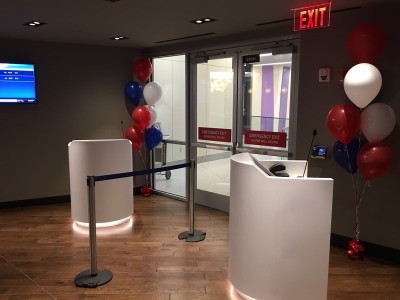 Thank you to Angel and Ryan for sending the photos. 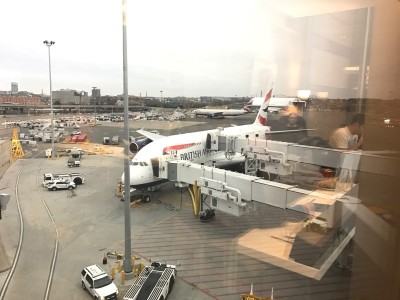 Flybe lands in Heathrow for the first time

As announced in December, Flybe is now operating services from Edinburgh and Aberdeen to Heathrow Terminal 2.

“More airlines flying routes to Scottish airports means more flights, more choice for families and more visitors to Scotland. With Flybe operating from the award-winning Terminal 2, Scottish passengers and businesses now have direct access from Heathrow to over 180 global destinations including some of the fastest growing export markets around the world. We’re delighted to welcome them to the Heathrow family.” 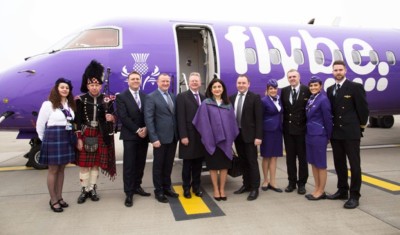 Here is the full article Rob wrote about the Flybe launch back in December – and how Flybe got the landing slots to do it.