Long-term Head for Points readers will know that I am a big fan of the free MyFlights app for iPhone.  It is one of those services that doesn’t really prove its value until something happens to one of your future flights, at which point you realise how indispensible it is.

Here is an example from a couple of years ago.

One Wednesday afternoon, I got a notification from the MyFlights app on my iPhone.  My British Airways flight back from Dubai to London in a couple of months time had been switched from a new Boeing 787-9 to a Boeing 777.  This meant that the aircraft would have no First Class cabin and my son and I had been downgraded to Club World.

The notification was so quick that, when I looked at the separate booking for my wife and daughter, BA had not yet got around to changing it.  Another hour and it would probably have been done.

I got on the telephone to BA and was able to move the four of us onto a later departure.  This still had four First Class seats left for sale (it wasn’t showing any Avios seats but BA still moved us regardless) and was at a more convenient time.

This quick notice was vital.  The First cabin on the later service was almost full and if there were any other passengers booked in First on my original flight, there may have been no seats left when BA got around to officially notifying them.

This is why MyFlights – which is a free app – is well worth downloading.  Annoyingly it is only available for iOS, not Android, but it is also available as a desktop programme.

(Disclaimer – I have known Chris, who codes MyFlights, for many years.  It is worth noting that The Sunday Times put MyFlights in its list of the top 500 apps in 2011 and 2012, should you be worried that my review is biased by my connection to the author!) 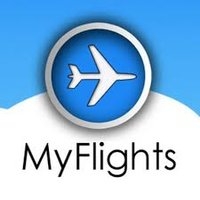 You input the booking references for your upcoming flights and MyFlights stores them all for you.  This makes it easy to pull up details of forthcoming trips.

That is the boring bit though.

This is the clever bit – MyFlights is the only flight app to regularly interrogates Amadeus, the largest flight booking database.  As soon as any changes are made to your booking, you receive a push notification to your iPhone or iPad and / or an e-mail.

Let’s imagine that you are booked to fly on a British Airways 747 in Club World.  British Airways decides at some point to switch the flight to a Boeing 777 instead.  You would lose your existing seat reservation and BA would allocate you something else based on the new configuration.  British Airways would usually not tell you about this if it did not involve a cabin downgrade or a change of departure time.

With MyFlights, you would get a notification within a few hours of the change being made.  You would be able to select your choice of new seat before other passengers had noticed.  (The screenshot above is an example of what MyFlights shows when your seat is changed.  If the aircraft model was changed, this would also be highlighted.)

Similarly, airlines do not always notify passengers promptly if their flight has a minor time change.  Even if you would have been told, MyFlights will notify you days before BA gets around it and you will be first in the queue at the call centre to make changes.

The only downside to MyFlights is that it only works for airlines who use Amadeus.  This includes most major full service carriers although not all – Virgin and Emirates are excluded, for example, as they use Sabre.

What you can do in such scenarios is manually input the details of your flight.  Alternatively, if you use TripIt you can sync your account with My Flights and it will pick up your reservations from there.  Whilst you will not be notified of any changes, it does mean that your upcoming flights list in MyFlights is comprehensive.  MyFlights can also import your past flights from TripIt so you have a record of your previous travel.

You can also access your MyFlights data via their website should your iPhone run out of juice at any point!

After running MyFlights as a side venture for seven years with zero revenue, Chris is now trying to commercialise it and roll it out on a wider basis.

The free version of MyFlights remains free with bookings monitored every 48 hours.  There are now two paid plans available on top:

Amadeus charges Chris for every database look-up that MyFlights makes, which is partly reflected in the subscription fees.

The basic version is totally free so, frankly, you’d be silly not to give it a go.  One day something will happen to one of your British Airways flights and you will be eternally grateful you did.