WOW Air was high up the list of carriers expected to go bust this Winter, especially as it recently cut a number of US routes at short notice.  The airline had built its business model on flying single-aisle, traditionally short-haul, aircraft across the Atlantic.

Icelandair, which has been taking inroads into the US market itself in recent years, will keep the WOW Air brand.  The combined business will control just under 4% of the transatlantic air market. 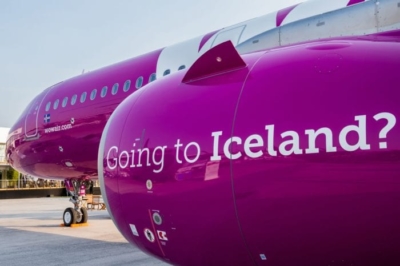 As Icelandair is not part of any airline alliance, there is no loyalty angle to this story.  However, anyone who has booked a WOW Air flight and had started to get nervous about it actually taking off can now breath more easily.

There is clearly a story here, however.  Icelandair Group is the biggest company in Iceland.  It is quoted with a broad shareholding so this doesn’t look like a Government-led bailout of WOW Air, but at the same time you can’t help thinking that Icelandair could have waited for the airline to go bankrupt and picked up the assets.

Even more oddly, Icelandair is currently without a permanent CEO after the incumbent resigned in August after a profit warning.  Companies without a CEO rarely make acquisitions.

It isn’t clear how much debt WOW Air has, but $18m for the equity is peanuts – that is even less than Flybe is currently worth.  WOW currently operates 14 Airbus A320 and three widebody A330 planes, but these must all be leased given that the fleet would be worth around $2bn.