A day ahead of schedule, the sale of Flybe’s operating assets to a Virgin Atlantic and Stobart Group consortium completed on Thursday evening.

Flybe Group plc is now a shell company with no trading businesses.

This was despite last minute interest from a Mesa Air, an Arizona-based commuter airline, which had proposed an alternative deal in conjunction with two investment funds, Bateleur Capital and Avenue Capital.

The Mesa Air proposal was contingent on the Virgin Atlantic sale plans being postponed.  Flybe rejected the proposal on the grounds that it had a legally binding deal to sell its operating subsidiaries which could not be broken, and that it had already drawn £15m of the £20m credit facility provided by the Virgin-led consortium.

What next for Flybe?

With the sale completed, the new owners – who are working through a company called Connect Airways – can move on with their plans.

These were outlined in the offer document for Flybe:

“simplifying and focusing on improving the performance of Flybe Limited’s core network whilst recognising the importance of regional connectivity;

operating the Combined Group as an independent company, and optimising the combined commercial, operational and functional expertise and scale of Virgin Atlantic and the Stobart Group.”

The business will be rebranded under a Virgin brand, but not necessarily Virgin Atlantic.  Virgin Connect seems a possible bet although these days much depends on what internet domain you can acquire. 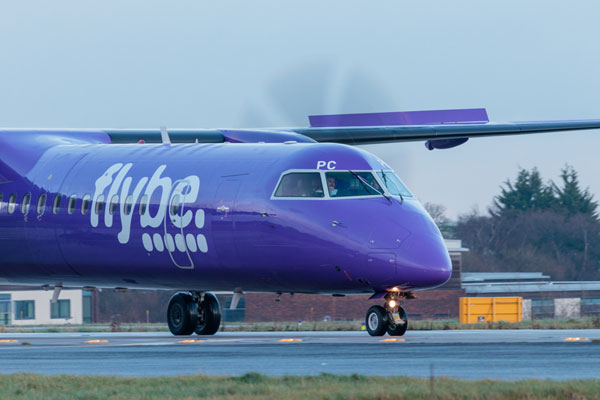 In surprise news earlier on Thursday, Flybe announced a daily flight between Guernsey and Heathrow this Summer.

This service is being underwritten by the State of Guernsey to the tune of £800,000.  It is using the slot pair that Virgin had leased to now-bankrupt Cobalt Air for a Larnaca service.

The services starts on 31st March and will operate until the end of the Summer season in late October.

The times are a bit odd, to be honest, but match the old Cobalt service:

It is presumably using Terminal 2 as only T2 and T5 can handle domestic arrivals.  Flybe will use a Bombardier Dash 8 Q400 aircraft with 78 seats.

There is a special page on Guernsey on the Flybe website which you can find here.  Local airline Blue Islands operates as a Flybe franchise partner which is why there are so many existing routes, although the new service is ‘mainline’ Flybe.