The House of Commons Transport Committee published its report yesterday into the impact of cornavirus on the aviation sector, including the proposed restructuring of British Airways.  It did not mince its words.

Regular HfP readers will know that Willie Walsh, Chairman and CEO of IAG, BA’s parent company, appeared before the Committee recently to explain what is happening to British Airways staff.

As we have covered in various articles, cabin crew, pilots and some other functions are under threat of total redundancy – for all staff – with only statutory redundancy pay.  The airline will then choose which employees it wishes to rehire, on new contracts which offer lower pay and weaker contractual rights.

In the last few days, there has been some movement from British Airways.   It appears that some groups, in particular legacy cabin crew, may be offered a modest voluntary redundancy package.

You can read the full report here.

The headline conclusions were: 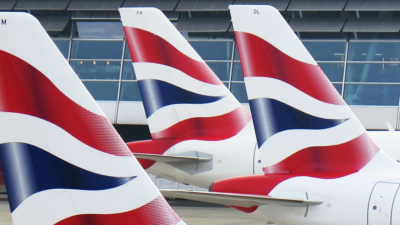 Here are some quotes from the report summary.  Bolding is ours.  Note that Huw Merriman is a Conservative MP.

UK-based airlines and other aviation employers should not proceed hastily with large scale redundancies and restructuring to employees’ terms and conditions until the Job Retention Scheme ends in October 2020 and they have had the opportunity to consider the Government’s plans to help the sector restart and recover, say MPs.

In a report exploring the gravity of the crisis facing the UK’s aviation sector, the Transport Committee says fundamental decisions about people’s livelihoods should not be made prematurely.  Several aviation companies have announced redundancies, despite accessing the Government’s Job Retention Scheme designed to help businesses severely affected by the pandemic to retain employees and protect the economy.

The actions of British Airways and parent company, International Airlines Group, draw particular criticism. The committee’s view is that BA’s current consultation on staffing changes is a calculated attempt to take advantage of the pandemic to cut 12,000 jobs and to downgrade the terms and conditions of approximately 35,000 employees. The consultation is due to end on June 15th.

“The impact of coronavirus may sadly mean that the loss of some jobs in the aviation sector is justified. The behaviour of British Airways and its parent company, IAG, is not. It falls well below the standards expected from any employer, especially in light of the scale of taxpayer subsidy, at this time of national crisis. It is unacceptable that a company would seek to drive this level of change under the cover of a pandemic.

“We looked closely at BA’s plans to consult on at least 12000 redundancies and change the terms and conditions of the bulk of its employees. Many submitted written evidence to our inquiry and we thank them.  As a committee, we have sought to examine this further and drive change using the means open to us through the House, asking Urgent Questions, seeking debates, introducing legislation and putting questions directly to the Prime Minister.

We will continue to bring pressure where we can, including the airport slot allocation process.  This wanton destruction of a loyal work force cannot appear to go without sanction – by Government, parliamentarians or paying passengers who may choose differently in future. We view it is as a national disgrace.”

On the issue of the 14 day quarantine for UK arrivals:

The introduction of a 14 day blanket quarantine for travellers to the UK from other countries will damage the recovery of the sector and the wider economy, says the report.

Should the conditions allow in late June, the Committee calls for the quarantine policy to be abandoned when it is next reviewed and urges Government to introduce a more flexible and risk-based approach to border control, using alternatives such as targeted quarantines, ‘air bridges’ and temperature screening. In defending its decision, the Government should clearly set out the evidence it used to reach its decision.

“Few industries have been affected more by the coronavirus pandemic than aviation. Thousands of planes, and thousands of passengers, have been grounded, resulting in a 97% reduction in passenger flights compared to the previous year.  This vital sector of the UK economy could lose more than £20 billion in revenue. Government must press on with a collaborative strategy for recovery.

“It is imperative that the UK Government finds a way to get aviation back on its feet. We don’t believe this fits with a blanket 14 day quarantine period for travellers to the UK.  In today’s report, we recommend a more agile response. We also outline our support for a temporary suspension of Air Passenger Duty payments and support with business rates.

“Passenger confidence in airlines and travel operators, dented by unnecessarily difficult refund processes, must be rebuilt. We recommend the Government considers whether new protections for passengers should be introduced ahead of future pandemics or other extraordinary circumstances.”

You can find out more in the full report here.