easyJet has announced today that it is to close its bases at London Stansted, London Southend and Newcastle subject to a legally required consultation process.

It has also opened consultations over a 30% cut in staff numbers.  BALPA has said that 727 pilots will be made redundant.

The closures do not necessarily mean the end of easyJet flights at Stansted, Southend and Newcastle.  It is likely that the airline will fly there from other hubs, using crew based there.  It will mean the end of services to non-hub airports as well as redundancy for the cabin crew, pilots and maintenance staff based at the three airports. 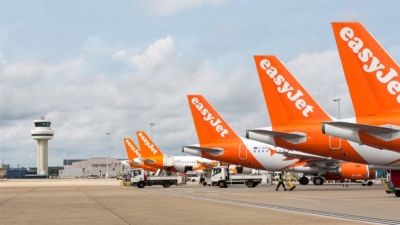 Stansted and Newcastle have been in decline for some time

Stansted and Newcastle have both become substantially less important to easyJet over the last decade.  Many Stansted services have moved to London Gatwick as the airline secured more landing slots, whilst Newcastle seems to have proven less lucrative than alternative destinations.

According to anna.aero data, easyJet flew 34% fewer seats from Stansted in 2019 vs 2010, whilst at Newcastle the decline was 27% over the same period.

Southend has never really found its feet, despite huge investment in the airport by Stobart Group.  It is unclear what sort of future it may have – part of the strategy was for bankrupt Flybe, part owned by Stobart Group, to move an increasing number of flights there.

“These are very difficult proposals to put forward in what is an unprecedented and difficult time for the airline and the industry as a whole.  We are focused on doing what is right for the company and its long term health and success so we can protect jobs going forward.”

“Unfortunately the lower demand environment means we need fewer aircraft and have less opportunity for work for our people – we are committed to working constructively with our employee representatives across the network with the aim of minimising job losses as far as possible.”

In a separate announcement, it was announced that Sir Stelios Haji-Ioannou and his family had not taken part in the recent rights issue.  This has led to Sir Stelios seeing his shareholding drop beyond the key 30% level.  Under takeover rules, he cannot increase it back beyond 30% without making a full takeover offer.