If you work for British Airways as cabin crew or in parts of engineering, you would have found out on Friday whether your job was safe or if you had been made redundant.  Other parts of the business will find out their fates this week.

As has been well publicised, the approach of the Unite union throughout this process has been one of disengagement.  Unite spent the majority of the legally required consultation period refusing to meet with the airline, and also recommended that its members refuse to engage with the process.

The latter part now seems to have come home to roost.  It appears, although clearly British Airways will not confirm this, that redundancies have been made purely on the basis of a defined ranking process.  This makes the process legally ‘sound’ and means that BA can clearly show that no favouritism or bias took blace.  Ranking was based on various factors including historic appraisals, but also some information requested from staff.  Those who refused to complete the documents required, as the union suggested, did not do themselves any favours. 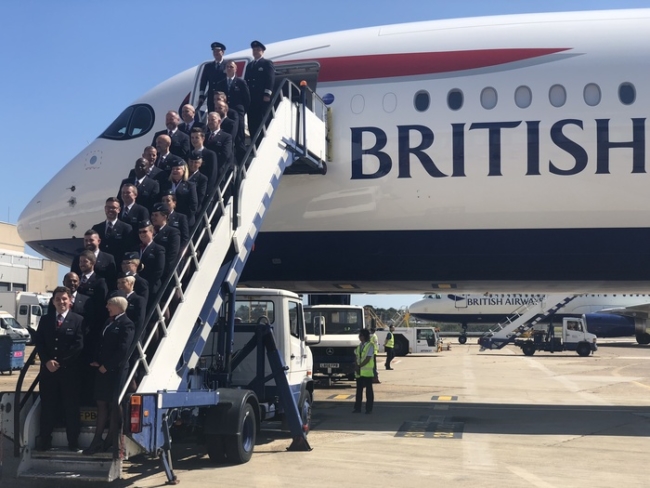 On Friday, Unite issued a statement on the crew redundancies which you can find here.

It contains a statement which appears relatively uncontentious but is actually quite shocking:

“Unite’s general secretary Len McCluskey has called upon BA to offer the deal that it struck with pilots to the rest of the workforce as a way to bring a fair resolution to the current crisis.”

Unlike Unite, the pilot’s union BALPA DID choose to engage and negotiate with British Airways.

The result of these negotations was that the number of job losses amongst pilots was SUBSTANTIALLY reduced.  The initial plan for 1,255 compulsory redundancies was reduced to around 200.

This is how it worked:

All pilots who remain will take a pay cut of 8%, effective from September 2020

All pilots who remain will take an ADDITIONAL pay cut of 8% (so a total of 16%) which will be paid into a Community Retention Scheme.  This pot will be used to pay the salaries of 300 pilots who will be grounded.  This pay cut will last from September 2020 to September 2022, with the amount reducing as flight numbers increase and more pilots are pulled back into the active fleet.

Our full article on the British Airways pilots pay deal is here.

Unite is now effectively admitting that its strategy of refusing to negotiate with British Airways has failed.  Asking the airline to give cabin crew the same deal that was negotiated by BALPA is an admission that a deal could have been cut but wasn’t.  Many people are now paying for that decision with their careers.

PS.  There is another point, of course.  Would cabin crew share Len McCluskey’s enthusiasm for the BALPA deal?  It seems unlikely that cabin crew, especially Mixed Fleet with base salaries of around £15,000, would voluntarily take an 8% pay cut and contribute a further 8% to a pot to pay non-working colleagues.  The pilot’s deal is also believed to have an element of ‘last in, first out’ which means that cabin crew redundancies would fall disproportionately on Mixed Fleet.