There is a new bonus for signing up to BAA WorldPoints, Heathrow’s (amongst other airports) frequent shopping scheme.  Join via this link, which should put 703 in the Promo Code box, and you get 200 points instantly instead of 100.  Offer valid until 30th August.

This means that, during the Summer ‘double points’ promotion, you only need to spend £25 to have enough for a 300 Avios redemption.

This promotion is not as good as this one which runs until December 2012, but you could open accounts for other members of your Avios or BAEC household accounts and earn the additional 50 points for a redemption next year. 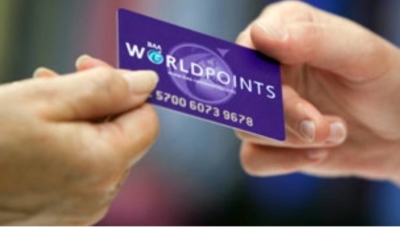 Miles From Blighty has a trip report from the (let’s be honest, white elephant!) Emirates Air Line cable car in London which opened a couple of weeks ago.

And if you’ve missed the rest of the news because you were watching the tennis, the M4 between London and Heathrow remains closed in both directions until Thursday.  The closure only started on Saturday, so it won’t really be clear until todays rush hour how bad things are.  My wife is off to Hamburg this morning, but I have directed her towards the Heathrow Express for once, even though we live very close to the A4 / M4 route.