Four Seasons Hotels & Resorts occupy a rarified position at the top of hotel chain pecking order.  For many years, they have represented the ultimate in mainstream hotels, offering quality and – more importantly – service that other chains have struggled to match.

(The photos here are from the stunning Four Seasons Tented Camp in Chiang Rai, Thailand, which I have been lucky enough to visit.  You can get a taste of it nearer home, though, at Four Seasons Hampshire.)

It is fair to say that, over recent years, the brand has weakened a little.  It has pushed into a lot of new regions, and now has over 90 hotels and resorts.  This is over three times the number of hotels run by Mandarin Oriental, for example, and it was probably asking too much for the same standards to be kept up everywhere. 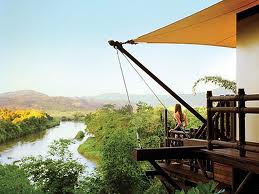 That said, the group does remain the benchmark in the industry.  It has a commitment to its staff that is second to none, for a start.  If you work for them, in any role, and they like you, then they will support you.   If a waiter in the London hotel wants to work in the US for a while, Four Seasons would find them a role rather than lose them from the company.

Four Seasons has always kept away from launching a loyalty programme.  They do have special deals for favoured travel agents, called ‘Four Seasons Preferred Partners’, which gets you an upgrade, free breakfast and a free amenity (usually a spa credit) if you book through them.

They have always kept tabs on regular guests, and if you asked for a certain sort of pillow in New York you would find the same one waiting for you in London.  But there was never a formal programme. 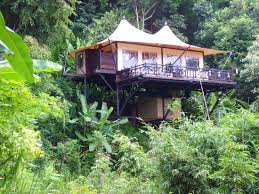 This all seems to be changing now.  Recent reports suggest that something is in the works for the end of 2013.  This will presumably be an extension of the ‘By Invitation’ programme which ran throughout 2013 and was an attempt to keep closer track of 8,000 key customers.

It is not clear where all this leads.  As one Flyertalk poster pointed out:

A real luxury hotel company treats all guests like VIPs, makes no difference based on “points”, does not try to churn stays from cheapskate guests for the reason of “earning free nights”, but tries by all means to make guests book because of high hardware and service magic.

And it is hard to disagree with that.  A luxury hotel with hands-on management will reward regular stayers with occasional upgrades or special gifts, without the need for a formal programme.  It would also be totally against the Four Seasons ethos if, for example, you could use a run of cheap stays in Asia to guarantee yourself upgrades at European hotels.

And lots of jaws would hit the ground if a Four Seasons credit card suddenly launched ….

Once upon a time, Ritz-Carlton was in the same league as Four Seasons.  It was then bought by Marriott and started the permanent drift downwards to where it is now, which is basically ‘posh Marriott’ territory and Ritz Carlton Rewards, which is basically Marriott Rewards with a different coloured card.  It would be a disaster if Four Seasons ended up down that route.  Let’s see ….