An email arrives at Head for Points towers from California, promoting travideos, a new website dedicated exclusively to travel videos.

For every single city and town in the world we feature not only the best videos but also information, photos and maps. It’s available in 17 languages and works great on all platforms. 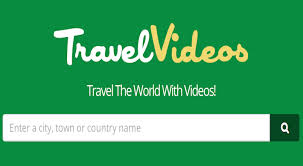 However, the company is part of a bigger group (Urbita – a local information and travel platform that is big in the US) and came out of its soft launch recently.

So far it is not overflowing with content but, at the same time, it isn’t bad. I picked Sheffield at random, and there was a four minute tour of the Cathedral – along with, admittedly, some less focussed material such as a Simple Minds concert clip filmed in Sheffield.

Even putting in less glamorous Rotherham pulled up a two-parter on the Magna Science Centre.

It isn’t really clear where the content is coming from, and neither it is too clear how you can submit your own. There doesn’t seem to be a payment mechanism for submitting work, which puts it at a disadvantage to YouTube for serious video makers.

However, the site looks good, is available in numerous languages and numerous platforms, and may yet have legs.