This is my review of The Langham hotel in London along with a selection of my photographs.

Yesterday I reviewed the generous deal that British Airways Executive Club Gold members get with ‘1865’, the loyalty programme for The Langham and Langham Place hotel group.

BA Executive Club members who show their Gold card at reception are enrolled into ‘1865’ at Voyager level, effectively the top-tier.  Your Voyager benefits will kick in immediately, so you will receive an upgrade, free internet, free fruit and water and – if available – a 6pm check-out on your stay.

BA Executive Club members of any tier will also receive 500 Avios points per night, up to a maximum of 1500 Avios, for stays at The Langham London or any other participating hotel.

When I contacted The Langham in London to clarify a couple of points for the previous article, they invited me along to review the hotel.  As it is only a few minutes walk from my office on Regent Street, it seemed a good opportunity.

The Langham, London opened in 1865.  It sits in Portland Place, just a short walk north of Oxford Circus.  As Wikipedia explains, it was one of grand London hotels of the Victoria era but fell into decline and was eventually taken over by the BBC for office use.  (The new BBC building is directly opposite.)  In 1991 it reopened as a hotel under the Hilton brand.  It was later bought by a Hong Kong company which became Langham Hospitality Group and underwent a huge refurbishment to restore it to true five-star standard.

Here are a selection of photographs from my tour.  Whilst I didn’t stay there and can’t comment on the quality of the service or the food, it ticks the key boxes that most business and high-end leisure travellers want – good location, decent sized rooms, well regarded restaurant and bar, club lounge, spa and swimming pool.

This is The Palm Court, where breakfast is served: 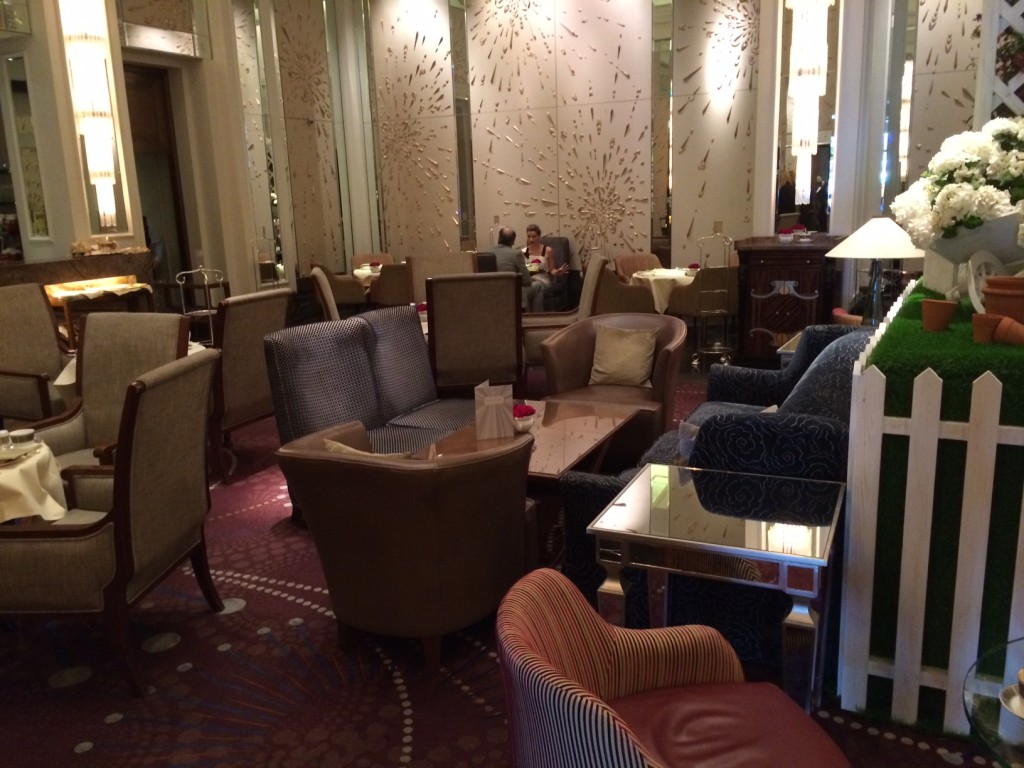 Roux at the Landau, the signature hotel restaurant: 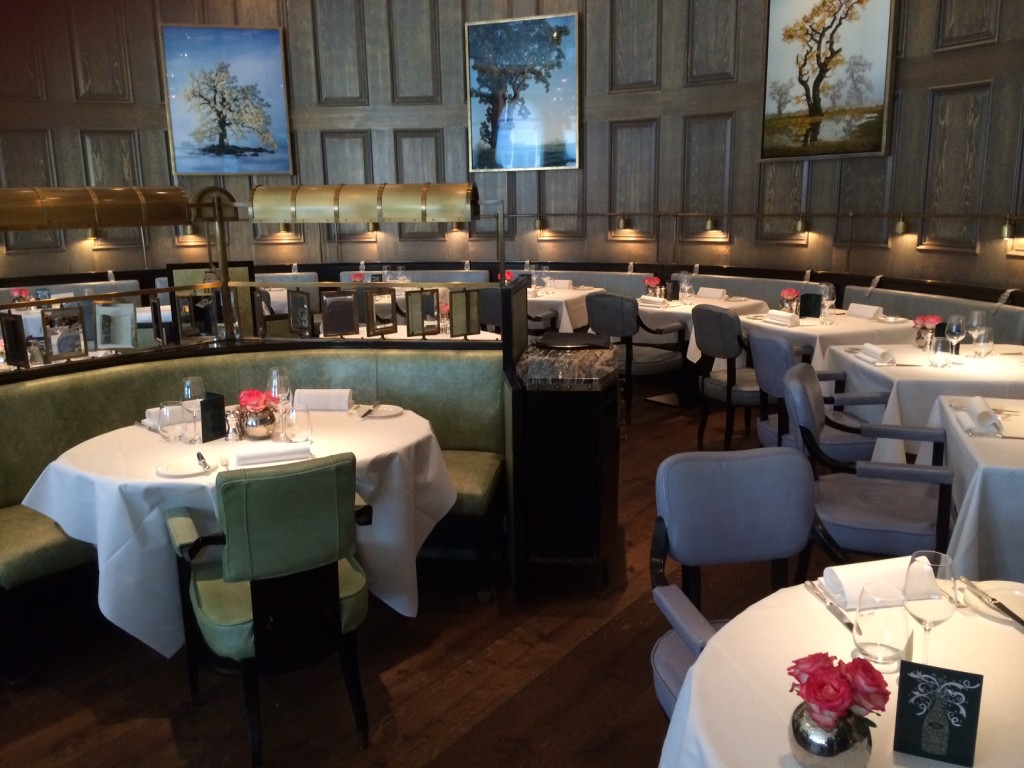 Artesian, winner of ‘The World’s Best Bar 2013’ award from Drinks International magazine and the only part of the hotel that I have ever visited before. 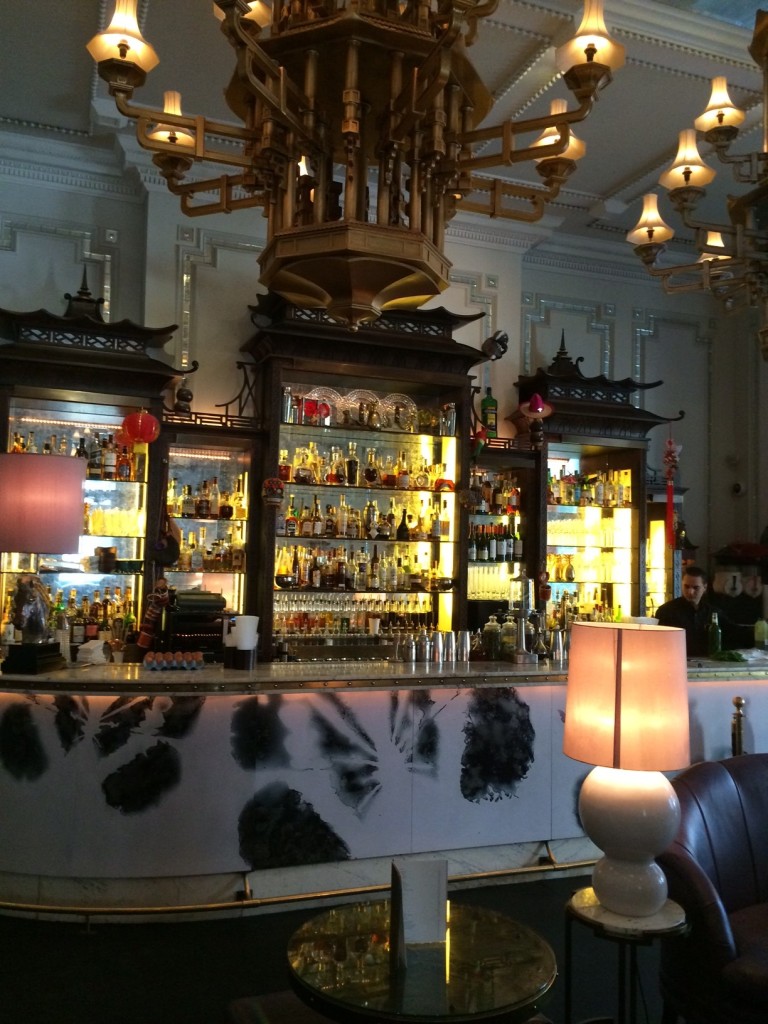 A typical Grand Room – this will be the lowest category of room available when the few remaining Classic Rooms disappear as part of the next stage of refurbishment in 2015: 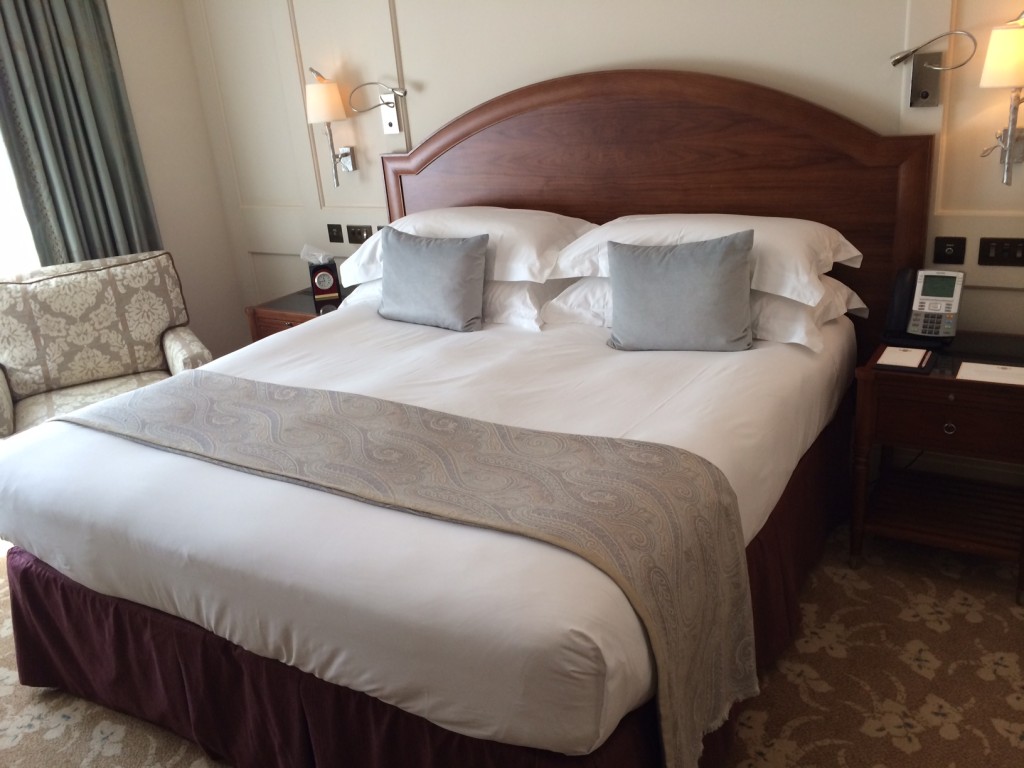 A Grand Langham Room.  This really impressed me because of the huge amount of space, relatively rare in London unless you book a suite or junior suite: 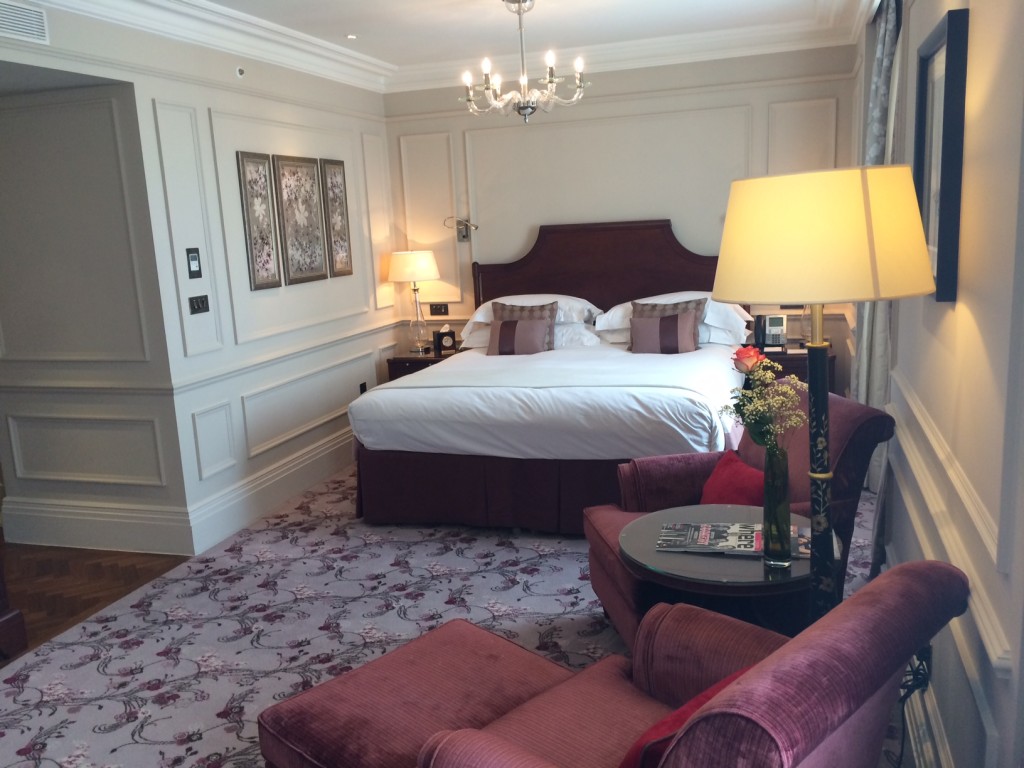 The Club Lounge for guests whose rooms include club access: 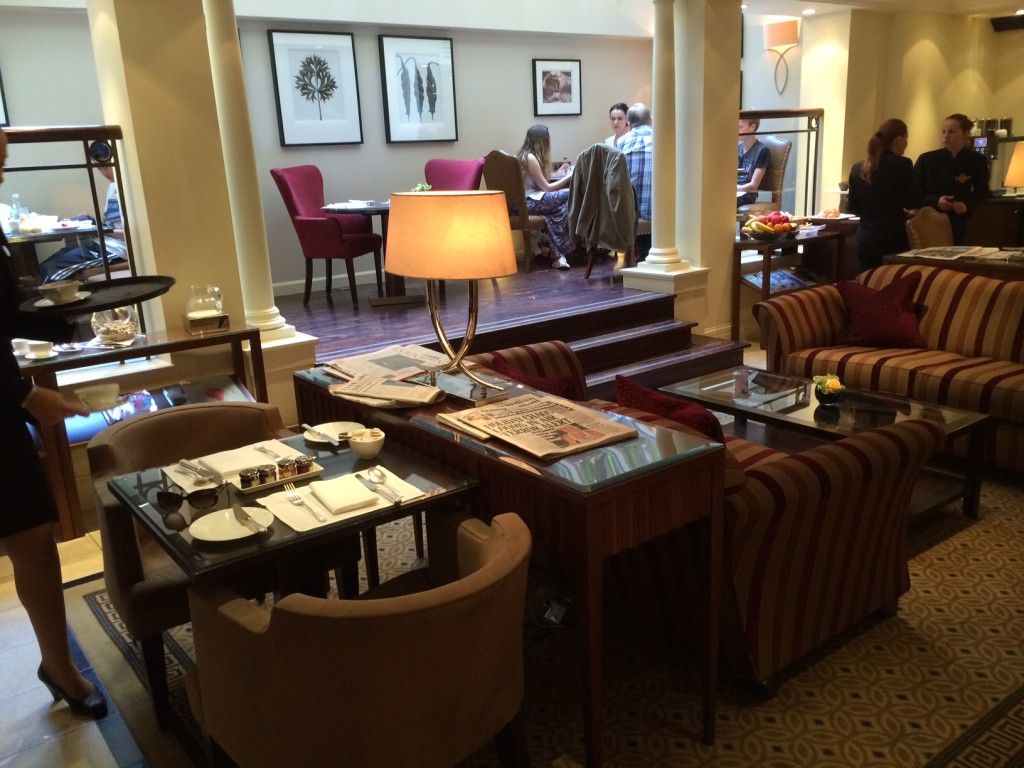 There is also a ‘relaxation’ room across the corridor from the lounge which is also for club level guests. 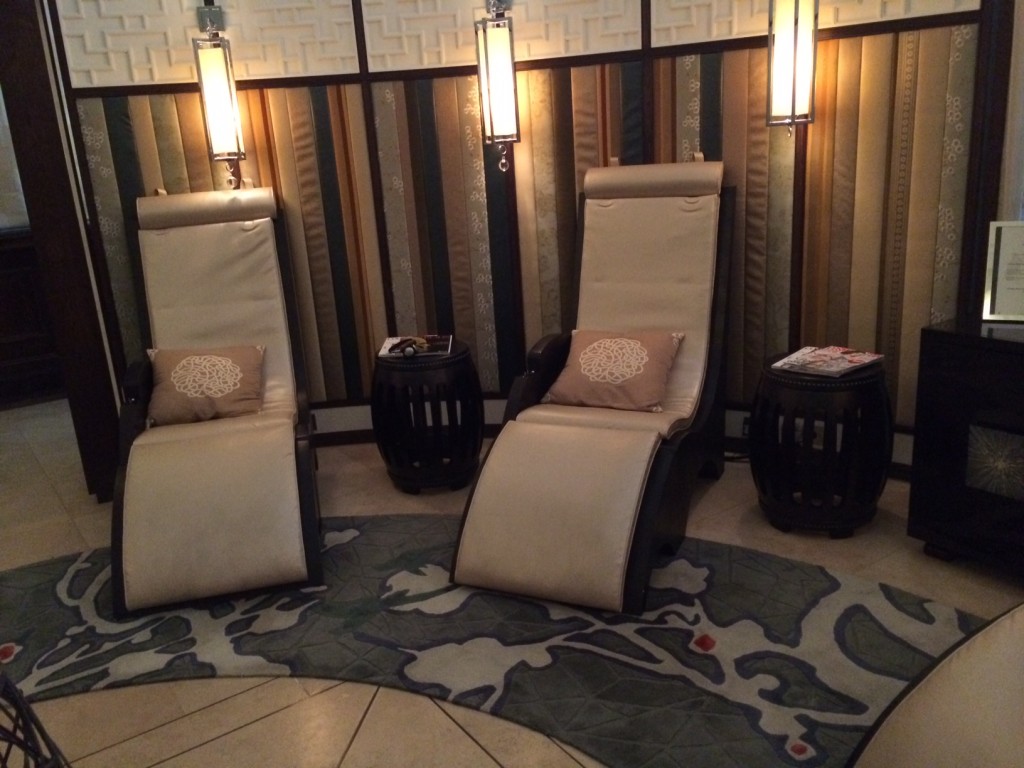 The hugely impressive swimming pool, set in what I was told is an old vault.  This photo was not taken by me because it would have meant removing my shoes and socks to go poolside! 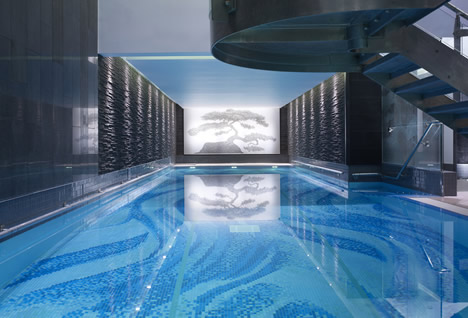 There are substantially better quality images on the hotel website if you want to see more.

All in all, I was impressed by what I found when I reviewed the Langham Hotel in London.  The location works well for the shops of Bond Street and Oxford Street, as well as Marylebone and Regents Park and the eastern part of the theatre district.

It is well worth considering if you are BA Gold and can benefit from the instant upgrade to ‘Voyager’ status.  For everyone else The Langham is certainly worth putting on your shortlist if the price and location work for you.

(Thanks to Becky at The Langham for her help)