Many long-haul ‘island’ holiday resorts are geared up to serving guests from particular countries.  The British dominate the tourist scene in Barbados, for instance, because of the long-term historical ties between the two countries.

This makes it difficult if you need to look for a sideways route to these places as a frequent flyer redemption.  British Airways and Virgin Atlantic both fly to Barbados, for example, but you won’t get much joy from Air France / KLM (if you have SkyTeam miles) or Lufthansa (if you have Star Alliance miles). 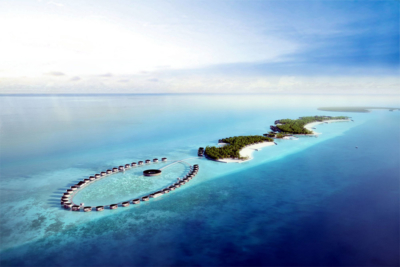 The good news is that Lufthansa has just announced a shift towards the ‘island’ market.  From December 2015 it is launching new services to Mauritius and The Maldives, as well as Cancun in Mexico.  An earlier announcement signalled the launch of flights to Tampa in Florida.

These routes will only be flow for four months over the 2015/6 Winter season, from December 8th to April 11th.

Services are also infrequent.  There will be two flights per week to each destination, all departing from Frankfurt.

The services will use an Airbus A340 with a three class configuration, so there will be no First Class offering.  The Business class cabin will be tiny with just 18 seats.  Premium Economy will be restricted to 19 seats.

Legally the flights will be operated by ‘Jump’, a separate subsidiary of Lufthansa which will be hiring its own dedicated low-cost crew to focus on tourist markets.  The seating will be the same as that found on mainline Lufthansa aircraft.

It is still early for seats to be made available for Miles & More redemption bookings so we will need to wait a few weeks to see how many reward seats open up.  If you have a pile of Miles & More miles to use, this could offer an interesting option.  Cash tickets will be bookable as usual via lufthansa.com.