The history of ‘all business class’ airlines flying between London and New York is not a pretty one.  Apart from the British Airways service which operates out of London City, none of the independent operators who have tried this over the last decade have succeeded.  They ALL went bust – Silverjet, EOS, MAXjet etc.

The reason was simple.  These small airlines were not flying out of Heathrow and had no corporate contracts.  With only one flight a day, there was no flexibility for business travellers whose plans changed.  Passenger earned no miles and there was little in the way of exciting lounges.  They were totally reliant on price and there are not that many people booking business class tickets on price alone. 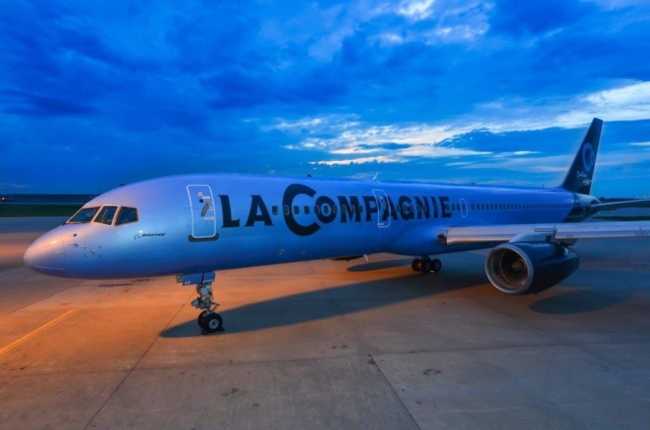 There is also a risk factor.  If you book with a tiny airline with only a couple of planes and one flight a day, you are in trouble if your flight is cancelled due to mechanical problems.  You are also at the mercy of weather delays, relatively common flying out of New York.

This has not stopped La Compagnie from jumping in.

The company started flying from Paris to New York Newark last July.  It has now started selling tickets for flights from London Luton (yes, Luton) to Newark from the end of April.

The service will use an old Boeing 757 with 74 angled lie-flat seats in a 2×2 configuration.  IFE will be provided via a Samsung tablet handed out by the crew.

There will initially be just four flights a week on Monday, Wednesday, Friday and Sunday.  This would worry me, to be honest, since if your flight is cancelled for any reason you have to wait at least 48 hours for the next one.

Flight times are also not ideal, leaving at 5.45pm and landing at 9pm.  I prefer to take an earlier flight so that I am in my hotel at a more sensible time and can get some sleep.  The return flights will depart Newark on the same days, departing at 10.30pm and landing at 10.30am the next day. 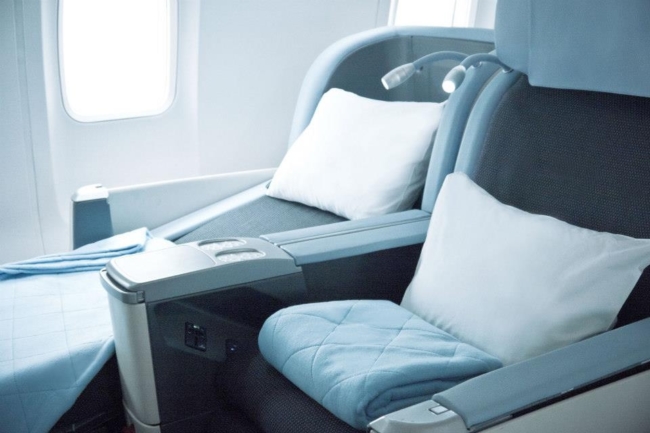 If this sounds ‘interesting’, La Compagnie is running a fantastic (if the plane goes) launch deal.  The first 500 tickets to be sold will cost just £649 return, or £1007 for a couple travelling together.  It is reported that a typical price once the service has bedded in will be closer to £1500 per person – more than BA charges in a sale.

I will not be rushing to try it – unless they offer me a review flight – but if you are feeling adventurous then the price is certainly attractive.

Here is a trip report from US site One Mile At A Time on the Paris service which makes it clear what you will and won’t be getting for your money.  Don’t miss his earlier article about the chaotic check-in, lounge and departure experience.