British Airways and Avios, Finnair and Finnair Plus, Virgin Atlantic and Flying Club

You will probably have received an email from British Airways yesterday regarding ‘hand baggage only’ fares.  Introduced two years, initially at Gatwick in an attempt to stop the rise of easyJet, they are now available across short-haul at Heathrow and London City.

From March 26th, you can no longer select a seat on an HBO fare.  It is actually worse than that – BA will randomly give you a seat when check-in opens.  This will presumably be a middle seat next to the toilets.

If you don’t like your seat, you need to pay to change it.  Whether this will be enforced onboard by the crew if you decide to move during the boarding process I don’t know!

There is no leeway for Executive Club Gold, Silver or Bronze members.

What you might not have realised is that this policy applies to ALL ‘hand baggage only’ fares, even fully flexible ones.  If you pay £643 for a fully flexible HBO ticket to Hamburg (as opposed to £663 for a standard fully flex) you will STILL be dumped in a middle seat at the back.

It seems that ‘hand baggage only’ fares have been too successful.  Whilst some passengers may have decided not to check in a bag to save money, the majority of users were presumably people already travelling without a suitcase.  They were receiving a discount for no good reason.  BA now wants to persuade these people to go back to paying the higher price and leaving HBO as a niche product. 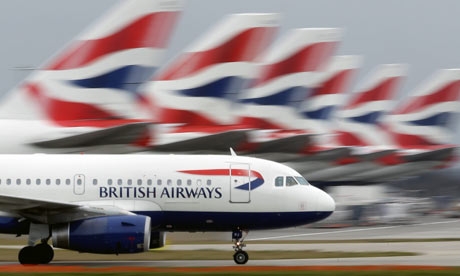 Hotels.com is running another 3-day sale this week, starting today.  Details are here.  Advertised savings are ‘up to’ 50%.

Etihad is now in full control of Alitalia’s MilleMiglia loyalty programme – and in partial control of the airline.  To encourage new members, they are offering 4,000 bonus miles if you sign up before March 15th.

You will need some activity on the account within three months for the 4,000 miles to be awarded, which could be a small American Express Membership Rewards transfer or some SkyTeam flights.

There is no desperate reason to join up – you can’t do anything with 4,000 miles.  That said, if you will have a one-off SkyTeam flight (Air France, KLM, Alitalia etc) coming up, this bonus would push you along a bit.  Some Etihad partners, eg airberlin, can also be credited to MilleMiglia. Something I picked up at the Business Travel Show last week which had otherwise passed me by was the impending launch of a new Dublin to Helsinki route by Finnair.

If you have never been to Helsinki it is a lovely, albeit not huge, city. Summer is obviously the best time to go given the temperatures at other times. It is also a very short hop by ferry to Tallinn in Estonia which is another beautiful place to visit.

The service will use an Embraer 190 aircraft with 100 seats. It will operate six days a week (not Tuesday) from March 30th until October.

Unfortunately, there do not seem to be any Avios redemption seats available –  possibly as this route is operated by the Flybe Finland joint venture.  You would earn Avios on a cash ticket though.  Finnair also flies from Manchester to Helsinki and that route IS available for a redemption.

British Airways and Avios, Finnair and Finnair Plus, Virgin Atlantic and Flying Club