Back in February I wrote about a charity auction being held at at luxurytraveldiary.com. It featured a large number of lots donated by many of the luxury hotels and suppliers featured on the site and yet, because it is a very niche site, there were clearly going to be some bargains.

A few Head for Points readers managed to snap up some of the lots.  The proceeds were split between UNICEF, Doctors Without Borders and Julia’s House, a hospice close to the author in Dorset. 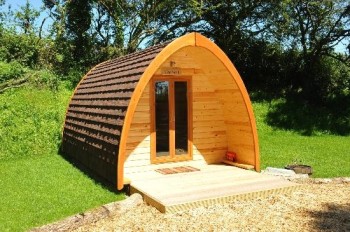 Prompted by the success of the last auction, the site has put together another.  The lots are now live at this page.  The causes are Julia’s House, Blessed Generation Children’s Centre and Sheldrick Wildlife Trust.

There are lots available all over the world – from Earls Court to Zambia.  Obvious what appeals to one person may not appeal to another, but four nights at the Grosvenor House in Dubai could be handy.

There is more of a UK focus this time, with lots including seven nights in a riverside cottage in Cornwall, two nights in a luxury apartment during the Edinburgh festival and some London restaurant meals.  UK-only lots can be seen by clicking here.

Other interesting choices include two lots of five nights in Bali in villas with private pools.  There are also ten nights in Phuket and stays in Southern Spain, France, Portugal as well as a cruise in Burgundy.  And if your burnt all your Avios points pre-devaluation, there is always two days in a ‘luxury pod’ on a farm in Devon (photo above).  Some items are looking worryingly cheap at present – one of the Bali villas is currently at £31.

The best thing to is pop over to Luxury Travel Diary and take a look. Closing dates are staggered over 40 days, apparently to make the admin easier, with the first ones closing next week.