Starwood opens up Madonna and more

I wrote earlier in the year about the concert I attended at the new Starwood Preferred Guest suite at the O2 in London – see photo below.

SPG, which is the loyalty scheme for Le Meridien, Westin, St Regis, Sheraton, W etc, has now opened up tickets for the Autumn.  The highlights is Madonna.  They also have Duran Duran, Dave Matthews Band and Simple Minds.  There are also some One Direction tickets for next week still available.

Pricing is now being tweaked based on the artist.  Madonna is 25,000 SPG points for two tickets in the suite.  This includes free food and drink all night.  Duran Duran, One Direction and Simple Minds are 15,000 points per pair.

For the first time, SPG is also offering – for Madonna – premium seating in the main arena at 15,000 points per pair.  This is a better option if you are willing to give up the food and drink in return for a substantially closer view of the action.

Whilst you can transfer American Express Membership Rewards points to Starwood at a ratio of 2:1, it may be a bit risky to do it just to get these tickets.  The transfer will take a few days and the seats will go quickly.  You would be well placed for whatever is offered in the Spring, of course. 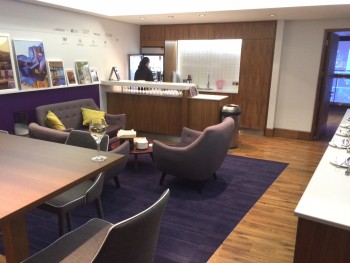 Double and triple points on selected routes with PartnerPlusBenefit

PartnerPlusBenefit is the Star Alliance version of the British Airways OnBusiness scheme.  If you run your own business and fly on Air Canada, ANA, LOT, Lufthansa, SWISS, Austrian, United, Germanwings, Eurowings, TAP Air Portugal or Brussels Airlines then you should be a member.

Unlike OnBusiness, you also get a wide range of redemption options.

There are two bonus available for the Autumn.  Until the end of October 2015, you will receive double points when flying from Heathrow or Manchester to Vienna on Austrian.  If you are heading to Japan before November 30th, you will receive triple points on flights on ANA, Lufthansa, SWISS and Austrian.

If your business is not already a PartnerPlusBenefit, you can join by requesting a callback via this page.  You will receive 1,500 points for joining which is enough to get you, for example, a European flight upgrade.