The big ‘thing’ in the loyalty world at the moment is the ability to let members redeem small amounts of points for cash or a cash equivalent. 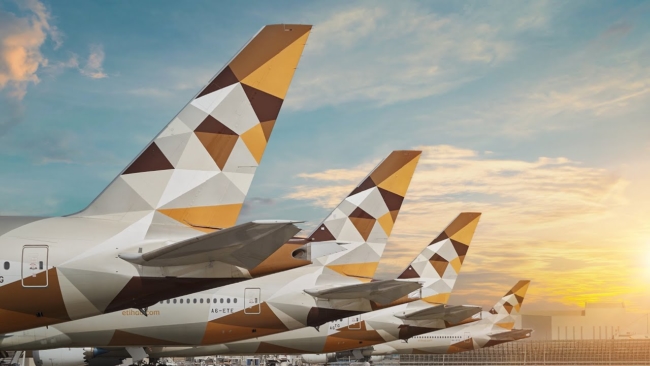 Such deals used to be terrible value – and there are still people redeeming Lufthansa Miles & More miles for a toaster from their Worldshop catalogue at roughly 0.25p per mile of value!  This is slowly changing – in most scenarios you’ll now get the same value per Hilton point whether you redeem 5,000 or 100,000 at once.

Etihad Guest has one of the most interesting schemes.  Called PointsPay, it is a way of cashing out airline miles – for real cash – via a Virtual Visa Card.

The last time I looked at this, three years ago, it was weak.  You received around 0.4p per point.  However, because PointsPay is $ driven, the fall in the £ now means it is becoming interesting.  You can now get close to 0.55p per Etihad Guest point.

PointsPay is not new, launching in 2012. It is not owned by Etihad Guest, but no other airline has signed up in the last five years!  It is an interesting model, though.

The company describes itself as:

PointsPay offers a mobile wallet and payment system that enables members of participating loyalty programs to redeem points and miles in-store and online at over 30 million merchants worldwide. You convert your miles and points into Cash (Virtual Visa Card or Mastercard) and then use it anywhere.

You use your PC or smartphone, via an app, to transfer your Etihad Guest miles to or from PointsPay. You can then either generate a ‘virtual Visa’ number online, for online shopping, or order a physical plastic Visa card from PointsPay which can be used in retailers like a normal debit card.

How many £ do I get per Etihad Guest mile?

Take a look at this screenshot: 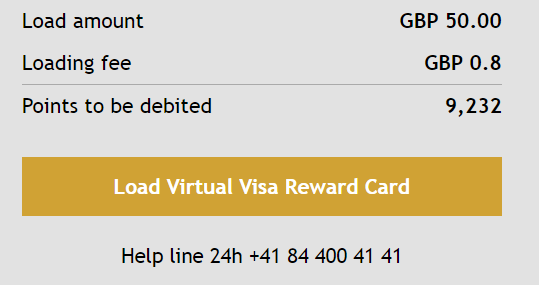 You can convert as few as 1,050 Etihad miles – that gets you £5.  However, because the 80p loading fee is fixed, you get a slightly better deal the more you convert.

0.55p per Etihad Guest point is certainly not outstanding – I would normally look to get at closer to 1p if redeeming for flights. However, you are cleanly exiting your miles.   A few years ago I used PointsPay to cash out a small number of miles from a Korean Air flight which were credited to Etihad Guest.

There are already various ways of cashing out Membership Rewards points, either for statement credit, travel products, retail gift cards or into Nectar points (spendable like cash in Sainsburys).   The redemption rate is never better than 0.5p per point compared to 1p per point for a good airline mile redemption.  This HfP article looked at the value you get.

If you are looking to turn Membership Rewards points into cash, PointsPay is currently the best way of doing it.  You will get 20% more than if you used them for shopping on Amazon, for example, and 10% more than if you turned them into Nectar points.

Even better, Etihad Guest does occasional transfer bonuses from American Express Membership Rewards.  If there was a 25% bonus, you would be getting 0.68p per American Express point – and at that level you should seriously consider taking cash in your hand over Avios or hotel points to be used in the future.

In general, of course, the best deal with loyalty points is almost always to redeem for the proprietary product offered by that loyalty scheme.  Use Avios for flights, use Eurostar Frequent Traveller points for trains and use hotel points for rooms.  Take advantage of the fact that these companies have unsold spare capacity they are happy to offload.  Cashing out points for cash or a cash equivalent is very rarely worth it, but I must admit that the deals are getting better.