I’m not sure if this is linked to the news last week that Virgin Money has signed a financial services deal, believed to include credit cards, with Virgin Atlantic.

However, two readers have contacted MBNA recently to cancel their Virgin Black credit cards and have been offered a generous retention bonus of 5,000 miles.  The only criteria was to spend £1,000 within 90 days.

One of the readers has been offered this deal twice.  He originally tried to cancel a month ago, got offered this deal, earned the extra 5,000 miles, called again to cancel and was offered it for a second time!  If you are thinking of cancelling Virgin Black – I doubt they will be offering much to keep holders of the free Virgin White – it is worth a call first. 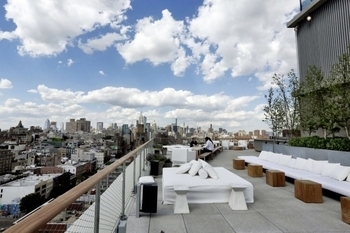 Hotels.com got in touch with details of a ‘win a holiday in New York’ competition they are running until 14th August.

Whilst the flights are economy, you will also get four nights for two people in the new high-profile PUBLIC By Ian Schrager hotel, photo above, which should be fun.

The link to enter is here.   You can also enter if you live in Norway, Denmark, Finland, France or Germany but you’ll need to find the relevant URL on your national site. 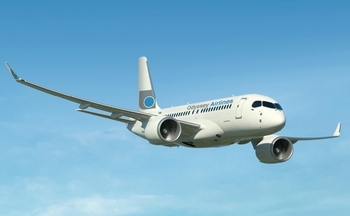 Yesterday I wrote about Primera Air and its plans to launch an Economy and Premium Economy service to New York and Boston from Birmingham and Stansted …… using short-haul A321 aircraft.

There is another airline start-up out there waiting to take to the skies.

Odyssey Airlines is planning to launch ‘all business class’ services from London City Airport to New York and other long-haul destinations (Toronto is rumoured) very soon.   Their website is here if you want to learn more.

The key point about Odyssey is that it will use Bombardier’s new CS100 aircraft.  Odyssey has 10 CS100 planes on order, and the aircraft was recently certified for use at London City.  City is problematic for larger aircraft because of the need to gain height very quickly in order to avoid the towers at Canary Wharf.

SWISS is currently the only European airline operating the CS100 which – in their layout – takes 125 passengers in a two-class format.  Odyssey is planning to have just 40 seats in an ‘all business class’ format.

It is difficult to see how this will succeed, given the BA has just cut one of its two daily London City to New York flights – although Odyssey will not require the refueling stop in Shannon.  I will keep you updated with news as I hear it.