A couple of weeks I wrote about the amazing new First Class Suites being fitted to the new A380 aircraft being received by Singapore Airlines.

These new planes are replacements for the first batch of A380 aircraft taken by Singapore Airlines, which were on a lease which has now expired.  The current version of the A380 is lighter and has more fuel efficient engines and it made sense to switch over to newer aircraft.

The German leasing company is now trying to find a new home for these older planes, and it has named British Airways as one of the parties ‘in discussions’.

This is likely to be an exceptionally good deal for BA.  There is currently no second hand market, at all, for the A380.  Malaysia Airlines tried to sell its fleet but ended up deciding to turn them into 700-seat ‘all economy’ aircraft to serve the Hajj pilgrimage market to Saudi Arabia.  Any deal which is more profitable than stripping the aircraft – the engines could be used for spares and cost over $40m each – is likely to be taken.

The talk is of a six year lease for the planes.  If we ask nicely, perhaps BA will leave the Singapore Airlines First Class Suites installed …. 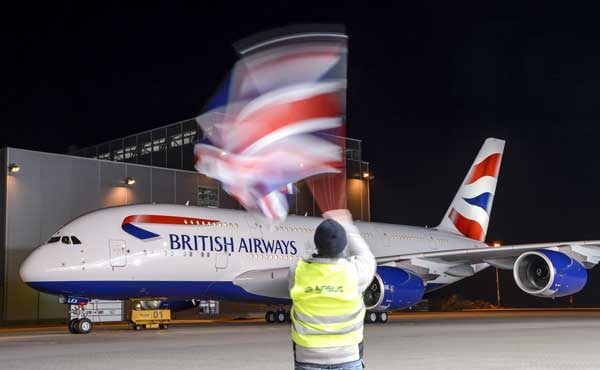 This week it is offering 30% off Virgin West Coast and East Coast train tickets.  All Virgin Red members can take advantage, it seems, although you can only make one booking at this price.  The discount is valid against any First or standard class Advance ticket.  There are no date restrictions.

Virgin Trains West Coast has also given us advance notice of a big Black Friday sale running from Thursday 23rd November to Monday 27th November. This will offer a 50% discount, but only for travel between Monday 18th December 2017 to Sunday 14th January 2018.

PS.  Virgin Red always offers a 20% discount on West Coast tickets to new members.  If you have redeemed this offer before, uninstall the app and sign up again using new credentials.  You will see the 20% discount link back on the app home screen.  I did this for my trip to Manchester this week.