Stobart Group, owners of Southend Airport, announced yesterday that they are reopening Carlisle Lake District Airport to commercial flights for the first time since 1993.

Flights will begin on 3rd June.

Exact routes are not yet known but the airport talks of connecting “major tourism and business hubs including London, Dublin and Belfast”.  It doesn’t say which London airport but logically it would be Southend given that Stobart Group also owns that. 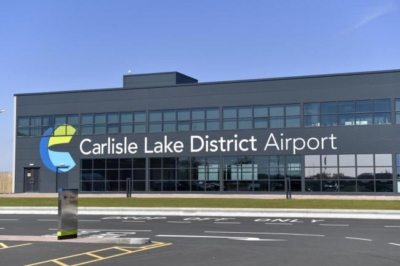 The airport is located six miles east of Carlisle and 20 miles north east of the National Park.  It is currently used by a number of general aviation flying schools and an aircraft maintenance facility.