Flybe‘s share price jumped on Friday after Stobart Group announced that it was considering a bid for the company.

Flybe – which uses Avios as its reward currency – has been struggling in recent years, despite carrying 8m passengers per annum and operating more UK domestic flights than any other airline. 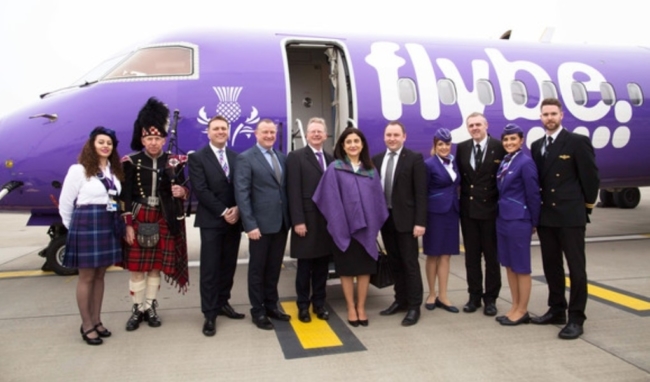 The share price was 295p at the time of the 2010 IPO but has since lost 85% of its value and now has a market cap of just £100m.  British Airways, which acquired a stake in the company as part-payment for the BA Connect regional operation, sold down its shares a number of years ago.

The company was arguably a dead duck from the point in 2014 when it was forced to sell its Gatwick slots to easyJet in order to raise cash.

Stobart Group already operates Flybe flights under a franchise deal from the Isle of Man and London Southend, which it owns.  It is also likely to use the brand for services from Carlisle Lake District airport which Stobart to about to re-open to passenger flights.

Under Stock Exchange rules, Stobart Group has until 22nd March to make a formal takeover offer.