The secret of maximising the value of hotel loyalty points is to redeem them in ludicrously expensive places, where even the maximum possible price that the loyalty scheme can charge looks like a bargain.

I doubt there is a better place to find examples of this than The Maldives.

For many years, the Conrad Rangali resort, part of Hilton Honors, has been the de facto ‘best bang for your buck’.  95,000 points per night for a beach villa – which is the highest points price that Hilton Honors has for a standard reward – is a great deal given the cash rates there. 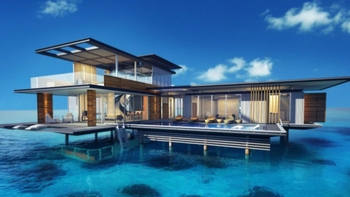 One of our readers wrote a long review on Conrad Rangali for us which you can find here.

The days of Conrad Rangali holding the crown for ‘best redemption’ may be up, however.  There are two new resorts riding into town.

The first up will be a sister hotel to Conrad Rangali, to be called Waldorf Astoria Ithaafushi.  Those of you with long memories will remember that there used to a Waldorf Astoria resort in The Maldives but it was rebranded.

This is due to open early in 2019.  A picture of one of the very modern overwater bungalows is above.

As well as being brand new, this property will have one crucial price advantage over Conrad Rangali – it is accessible by boat from the airport.  If you stay at the Conrad there is a non-avoidable $500 per person charge for a seaplane transfer. 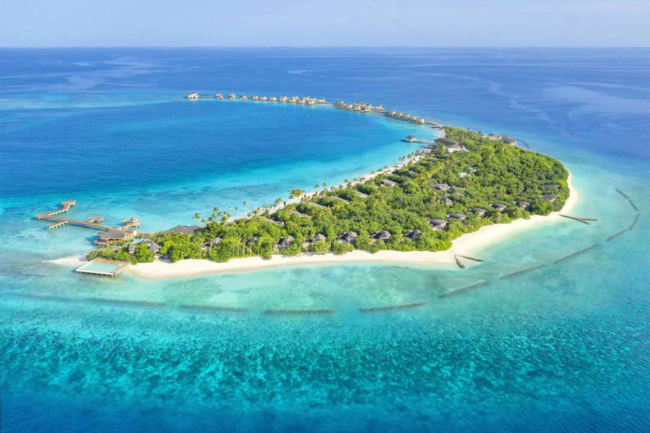 The second newcomer is a JW Marriott resort, on an atoll called Vagaru.  There is a holding page on the Marriott website but, again, you cannot book yet. The opening date is meant to be November.

Alternatively, you could book it with a Marriott Travel Package which I outlined here.

There is very little information available.  Apparently the resort is a 55 minute flight by seaplane from Male. The property will feature 61 beach and overwater villas, ranging from 192 sqm to 638 sqm, all with private pools.

The only image I can find is the one above.

Get in early and rooms should be available

New hotels are generally very open with redemption availability.  It takes time to build up occupancy at a new hotel, and this is especially true for somewhere like The Maldives where you need to educate travel agents and where people tend to book well in advance.   Offering up rooms for redemption is a good way of getting people in during the early days.