Loyalty press conferences in the UK are a funny old thing, because there aren’t actually that many people to invite.  Thus it was that four usual suspects – plus a mysterious woman who I didn’t even notice until the end, who didn’t speak and I have no idea where she was from – turned up at the Great Northern Hotel yesterday morning to hear more about the Marriott Rewards changes.

Whilst most of the Starwood Preferred Guest management have left the business since Marriott took over, the European loyalty VP is an ex-Starwood man and someone I have known for a few years.  He seemed very happy about what Marriott has created from the combined loyalty schemes and – I have to say – he is right to be so. 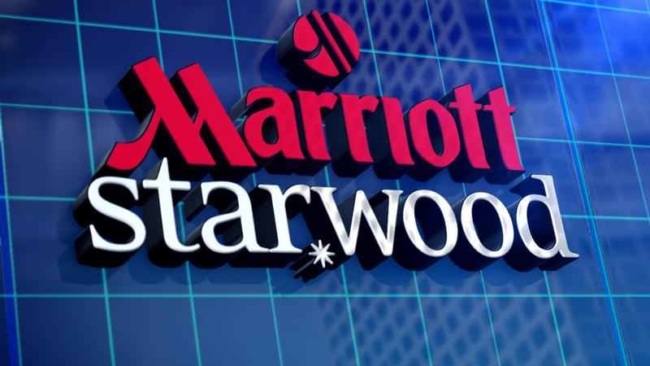 Whilst there are clearly minor quibbles here and there, what many people forget is this:

Marriott was a very large hotel group which gave the impression that – as it was hard to avoid its hotels, especially in North America – it didn’t need to try too hard, especially if you weren’t willing to give them at least 50 nights per year

The fact that virtually every key aspect of Starwood Preferred Guest has survived is a minor miracle.  Hilton Honors and IHG Rewards Club will need to do some serious thinking now.

Much of what people wanted to know was covered in my article yesterday.  Here are a few other things that came up:

The big one:  What happens to people who have SPG Gold via American Express Platinum?

Does a Marriott Gold who matched from SPG Gold get:

Platinum in the new scheme (lounge or breakfast, 4pm check-out guaranteed) which is the Marriott Gold match or

Gold (no breakfast and no lounge access, no guaranteed late check-out) which would be the match you will get if you are seen as Starwood Gold?

This is especially important as a lot of people have made bookings for August onwards on the assumption that their Marriott Rewards Gold status would get them lounge access and/or free breakfast.

As it happens, Tom Otley from Business Traveller is, like me, a fellow Amex Platinum cardholder so we made it clear that this was a core issue for both of us ….

The Marriott team did not know, but went away to consult.  When we reconvened at a Rag’n’Bone Man private gig last night (as you do) Marriott’s European VP of loyalty confirmed that any Amex Platinum member who has matched their SPG Gold to Marriott Gold will become ‘Merged Scheme’ Platinum until the end of 2018.  Tom is my witness to this.

It is currently stated that the UK Starwood Preferred Guest American Express will continue and that the Marriott Rewards Mastercard, issued by Creation, will return after a two year break.

I got the impression that this is not as clear cut as we think.  As the return of the Creation card seems certain – given that an August date has been announced – perhaps the Amex will be dropped in the New Year?

We specifically talked about this to ensure that everyone was on the same page.  Occasionally the Marriott team was using both phrases interchangeably as if they were the same thing – and they are not.

Marriott has historically allowed its hotels to have blackout dates for rewards – that is no longer allowed.

However, apparently we will also see (as Starwood already has) “last room availability”.

This means that not only must a hotel make reward nights available, but they must keep making them available as long as standard rooms are available for cash.

There are ways of gaming the system, of course.  A hotel can create a small category of rooms – say the four rooms with a particularly bad view – and create a new category for those four rooms, charging $5 less for them.  They are then allowed to restrict ‘last room availability’ to just those four rooms.  In general, though, this is another major improvement.

Peak and off-peak dates will not be set globally

We will not get the weird Avios situation, where Dubai in August (50 degree heat) is peak pricing but the main tourist season in ‘off peak’.  The plan is that hotels will approximately set 20% of their days as peak, 20% as off-peak and 60% as standard.  There will be some standardisation – I got the impression that they want all hotels in a specific city, if not country, to be showing the same level of pricing.

You will earn points on all spending, not just your room rate

I thought it was only The Ritz-Carlton which had this exception, but I was told EDITION hotels also had the same rule.  At the cheaper end, it also impacted Moxy, AC Hotels, Courtyard, Gaylord, Protea, Springhill Suites, Residence Inn, Towneplace Suites and Fairfield Inn.  From now on you will always earn points on food and beverage spending irrespective of brand.

…. although the small print will change as the new hotel categories are introduced.

You can’t sign up for the Emirates and China Eastern partnerships ….

…. after 15th July.  I will do a separate article on this.  Those who sign up will continue to receive the benefits.  The Delta partnership closes full on 15th July.

No-one knew what would happen to multiple room credits

As present you can book three rooms at a Starwood hotel and it will count for three nights towards status.  Book three rooms at a Marriott and it will count as one night towards status.  To be honest, this news is mainly useful for people who do ‘mattress runs’ – booking three nights at the Sheraton Heathrow on a Saturday for £50 each is a cheap(ish) and easy(ish) way of getting to Starwood status more quickly via a Platinum Challenge.

It wasn’t clear to anyone what the situation would be going forward.  US reports I have seen say that the Marriott policy will prevail.

The issue, oddly, is down to boring old things like the sheer volume of different items that need to be designed and printed.

And that was it.  Nothing else came up that wasn’t covered in our article yesterday.  In general, for most people most of the time, things are going to be OK – and I say that as someone who will lose the current Gold benefits of 4pm check-out and lounge access in the New Year.

I’m not giving any promises about the situation five years down the line but for now Marriott is clearly keen not to rock the boat with the Starwood regulars – even if it is being less generous to Amex Platinum freeloaders like me …..

The Platinum Card has doubled its sign-up bonus to 60,000 Membership Rewards points, which convert to 90,000 Marriott Bonvoy points, if you apply by 1st June 2022.