Accor, owner of Novotel, Ibis, Sofitel, Mercure etc, has been on a massive spending spree in the last couple of years.

Some of the investments made sense, eg Raffles, Swissotel and Fairmont hotels.  Others in more tangential spaces such as home rentals were more questionable, to put it mildly, and the company has already started writing some of them down in its accounts.

The latest investment seems sounder.  On Tuesday, Accor confirmed that it has completed the acquisition of 50% of SBE Entertainment for $319m. 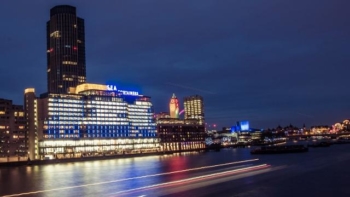 You might not know the SBE name, but it includes brands such as SLS, Delano and Morgan.  This means that, in London, Accor is gaining:

Hopefully it won’t be too long before these are folded into Le Club AccorHotels.  It is only a shame that Accor’s revenue based redemption model means that there won’t be any bargains at SBE’s notable South Beach hotels in Miami.