I had to check that it wasn’t 1st April when I received this press release, but Heathrow Airport is installing a real dinosaur skeleton in Terminal 5 from later this week. 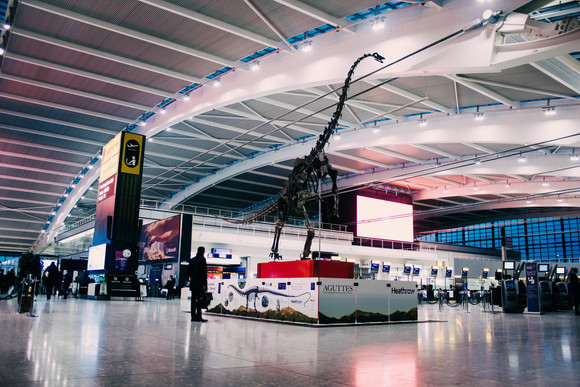 It is on display before being auctioned in France, where it is expected to fetch £2m.  It is from a newly discovered species and is a cousin of the diplodocus.

It is, apparently, the only known complete diplodocus fossil which has imprints of the skin on the bones.