Reuters is reporting that Virgin Atlantic and Airbus are on the cusp of a deal for six to 10 new A330neo aircraft.  This is not a big surprise, given that the 12 new A350s coming on stream from this Summer are not enough to replace the Boeing 747 and A340 aircraft that are being retired over the next few years.

The A330neo is a refresh of the A330 aircraft which Virgin Atlantic already has in its fleet. The biggest upgrades are to the wings and engines, with a 12% fuel efficiency increase compared to the older A330 model which entered service in 1994. The aircraft also comes with larger overhead bins and is apparently quieter than a Boeing 787. 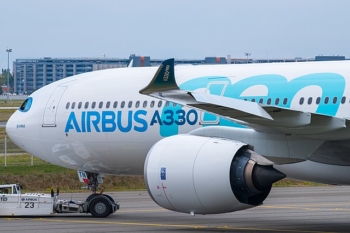 Interestingly, the A330neo competes on both capacity and route length with the Boeing 787, of which Virgin Atlantic has 17.  Instead of streamlining their future fleet around two aircraft types, the 787s and the new A350s, Virgin Atlantic clearly sees value in operating an additional type.

It may be that Airbus has given them a particularly attractive price for this deal, since sales for the A330neo have been slow.  It probably helps that Delta, which owns a 49% stake in Virgin Atlantic, also has 35 A330neos on order.