Two readers recently got in touch to encourage us to write about Seatfrog.  We originally covered this train upgrade app back in 2017, but have not mentioned it since.  Clearly something has rippled the waters of the HfP collective consciousness …… and the people who emailed us are long-term HfP readers, not Seatfrog employees.

Seatfrog is a travel smartphone app that auctions off First Class upgrades on certain train lines just before departure. Availability is dictated by expected passenger volumes. 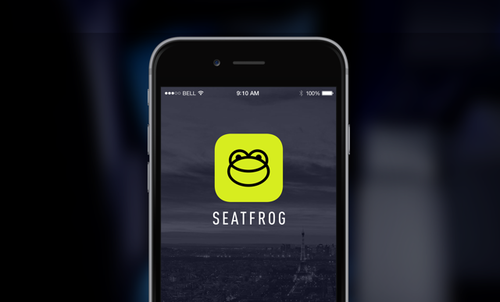 In case you missed it, we recently ran a review of LNER’s brand new Azuma intercity trains which are now entering service.

The easiest way to ensure that you can bid for an upgrade is by booking Standard Advance ticket via the official train websites such as lner.co.uk.  The Seatfrog website contains a list of supported third party booking sites, including The Trainline.

If you are travelling with companions, you can select how many upgrades you would like to bid for.  The upgrade does not need to just be for you.  Update your app preferences before bidding.

If you make the winning bid, the upgraded ticket will be immediately sent to your phone and you can immediately head to the First Class lounge if there is one.

The two train companies have slightly different policies on when you can use Seatfrog:

In all cases, upgrades are dependent on the train operator choosing to offer availability, although you are probably more likely to find good deals on off-peak services.

It is important to note that Seatfrog does not necessarily sell upgrades just because empty seats are available in First Class.  In order to ensure ‘yield integrity’ the business model involves selling a few upgrades for a relatively high price rather than going for a market-clearing price which would fill every seat.

Although we have personally never used it, word on the street suggests it is an easy and cheap way of scoring an upgrade to First Class. An upgrade from £10 on Avanti is certainly cheaper than the £15-£20+ price gap – far more at peak times – that Avanti normally charges between standard and First Class Advance tickets, although you cannot guarantee your upgrade via this route.