Turkish Airlines recently began to took delivery of its Boeing 787-9 aircraft.  There are thirty on order, arriving by 2023.  The airline has now chosen to put one into service on the busy Heathrow-Istanbul route.

This is particularly good news because it features the airline’s new business class seat, which looks significantly better than its existing hard product. There are 30 seats in the business class cabin in a 1-2-1 configuration with direct aisle access.  It appears to provide far more privacy than the legacy seat. 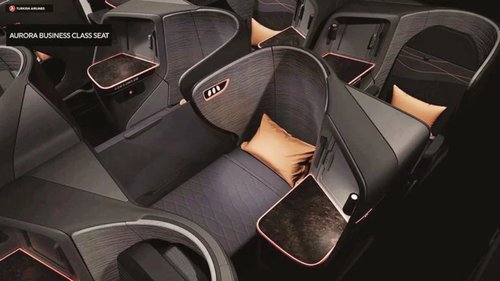 The new seat is based upon the Aurora seat manufactured by Stelia Aerospace. It is very similar to the business class seats on the Emirates A380, Singapore Airlines 787-10 and Iberia A350 (review here).

From Heathrow the 787 is on TK1986 which departs at 4:30pm. From Istanbul it is on TK1985, with a 1pm departure. You can book it on the Turkish Airlines website here, and frankly you’d be crazy if you booked British Airways Club Europe instead of this.