In the end, only 200 of the 335 seats were filled.  Wisely, Virgin realised that all the excitement would mean significant disruption to the crew’s normal ways of working with most of us standing and chatting in the aisles for most of the journey. 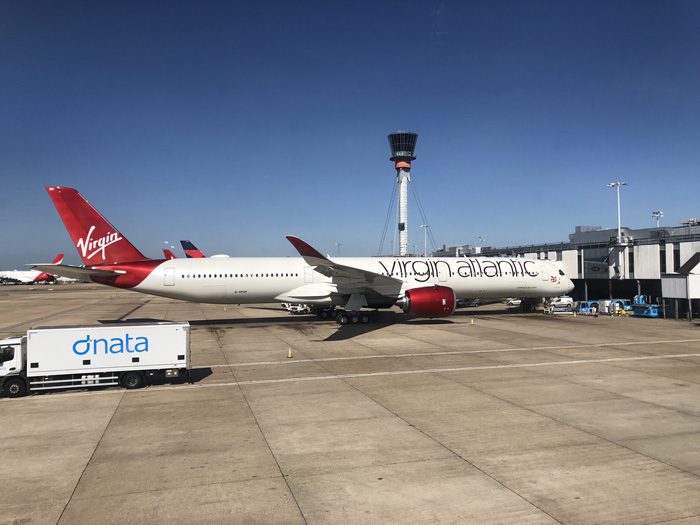 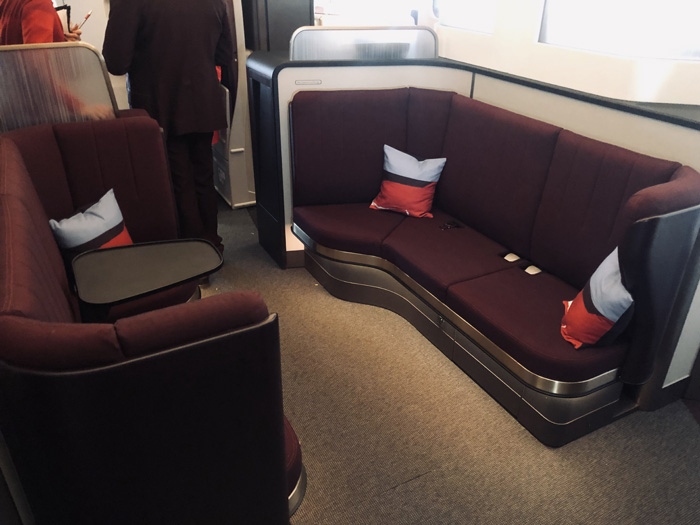 One wall features a large screen loaded with the usual in flight entertainment as well as the option to pair several Bluetooth headphones.

Whether the Bluetooth functionality will get used much is questionable – I can’t imagine groups or families choosing to watch a film together here for example – but it does make a great spot for watching the moving map or tail-cam throughout the flight.  Crucially, the screen is not locked down so you can use it as you would a seat back screen. 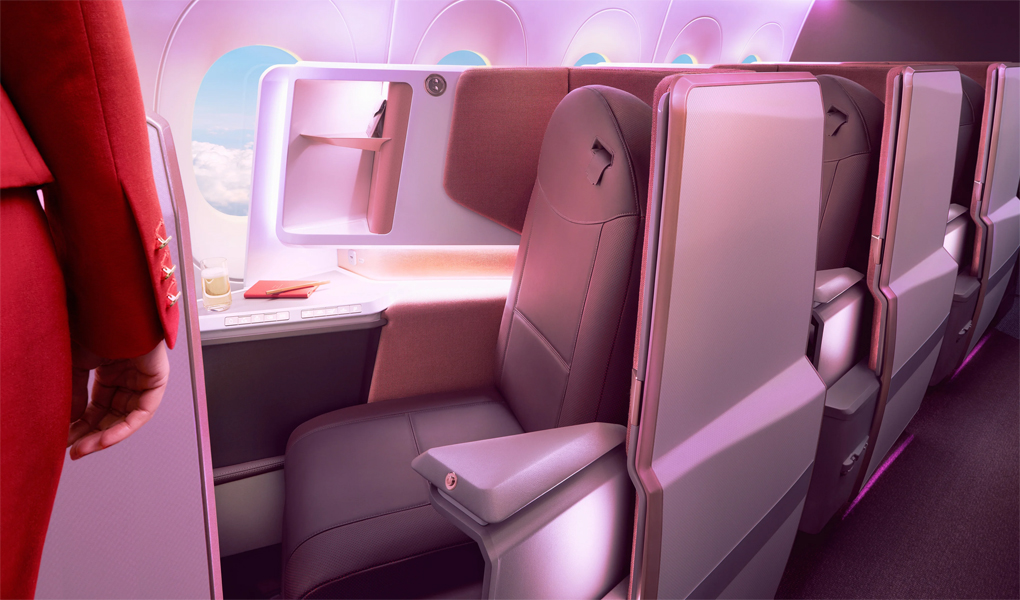 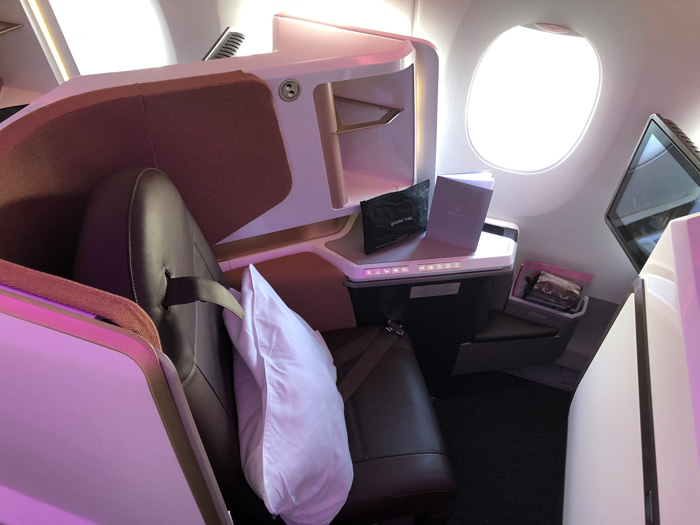 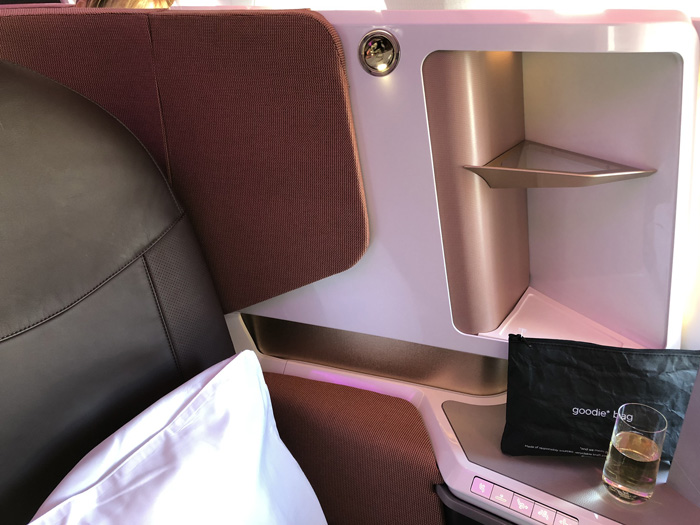 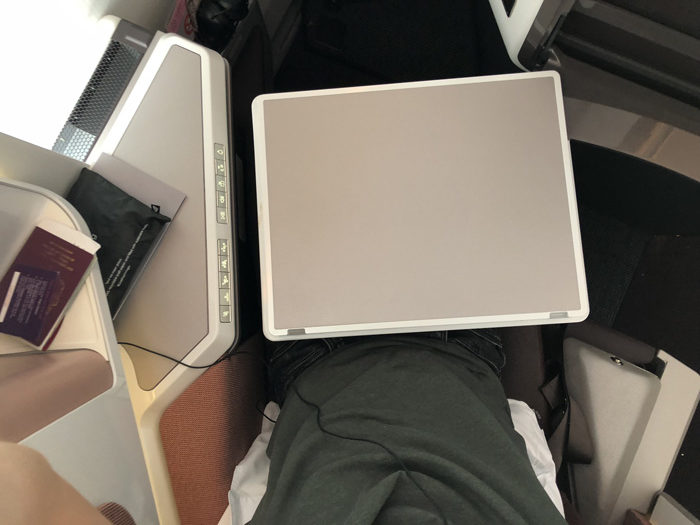 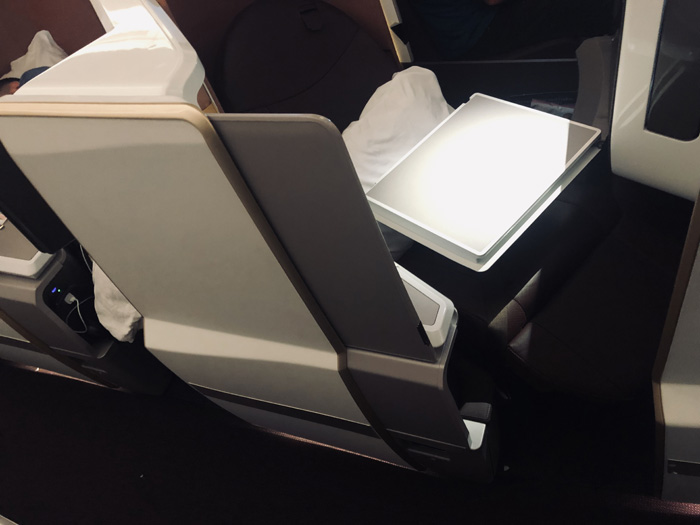 This is not a bad decision from Virgin Atlantic since they do tend to fly more leisure passengers. The verdict is still out on whether full doors are necessary or desired, although they do make for easy PR.

It makes for some rather attractive ambient light, although as I discovered on my return flight, it is impossible to turn off. This is an issue Virgin is reportedly working on, although whether they will give passengers the option to set their seat lighting to any colour of the rainbow remains to be seen. 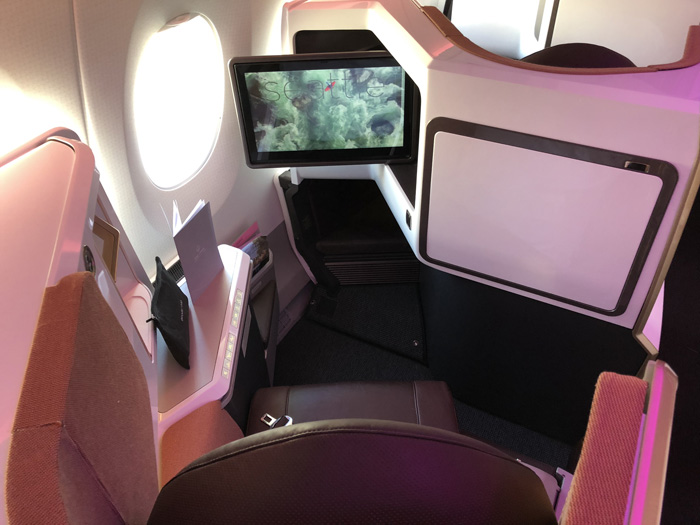 This is the end of Part 1.  Part 2 of our review of the new Virgin Atlantic Upper Class Suite on the A350 can be found here.  There is a lot more to discuss.