TAP has recently taken delivery of a fleet of A320neo, A321neo and A330neo aircraft.   It is the first airline in the world to operate the A330neo.  You can find out more about the TAP neo fleet here.

It now has one of the youngest fleets in the world.  With all these new seats to fill, it had also been running some very aggressive deals before coronavirus hit.

For this reason, I wanted to flag a brand new route to Cape Town. 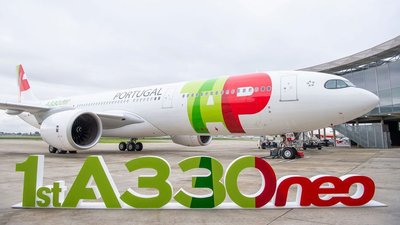 From 11th November, TAP will be running three flights per week to Cape Town on a new A330-900neo.  We will hopefully see some good cash deals later in the year – their UK deals have been pretty good recently and some of the deals from elsewhere in Europe have been excellent.

TAP has also anounced a new route to Cancun.  This will launch on 27th October, operating three times per week and also with an A330-900neo.

All flights are via Lisbon.

You can find out more on the TAP website here.