In June, we covered a very low key promotion being offered by Small Luxury Hotels of the World.  SLH got together with its member properties to offer 500 free 2-night stays to people working on the front line of the coronavirus pandemic.

This offer was not restricted to healthcare workers.  You were able to nominate, for example, delivery drivers, charity workers and people supporting the elderly, homeless and disadvantaged, amongst others. 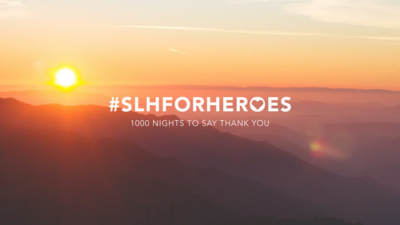 The winners of the free stays have just been announced, and I’m pleased to say that at least four HFP readers were amongst them.  As one reader wrote:

“Just a quick note to let you know that following your 1 June article about the SLH competition I nominated my friend and colleague […..] who, as a parish priest, dealt with an extraordinary number of funerals in April and May – mainly single handed.  Working just north of Wigan he continued to put himself at risk by meeting families and looking after them.  We have both been told that he’s won a two night stay.  So thank you for prompting me to make the nomination.”