UPDATE – JANUARY 2021:  This article is now out of date, but don’t worry.  We produce a monthly summary of the top hotel bonus point offers – please click HERE or use the ‘Hotel Offers’ menu above.

I have posted a few times about my attempts to rack up Club Carlson points via their Summer promotion.  And, just as the promo was heading towards the end (Park Inn ends 22nd July, Radisson and Country Inn end 15th July and, in any event, you cannot now register for the most generous version of the promo), they sneak out a fourth version, for the Park Plaza chain.

Registration is here (EDIT: deleted as now dead).   The first 20,000 people to sign up for the Park Plaza Ulimate Night Giveaway will receive 50,000 bonus Club Carlson points, plus the usual points, when stay at a Park Plaza between now and 28th August. 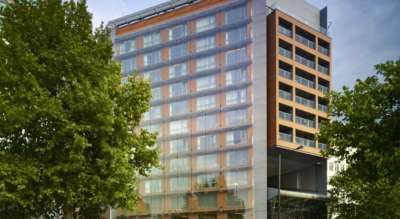 You can also merge points from two accounts together, so if two of you did this promotion and merged the points, you would have over 100,000 which is good for 18,000 airline miles.  Clearly, if you can find cheap enough hotel rooms then this is a no-brainer, even if you have to do a ‘mattress run’ (checking in and leaving again, or checking in and staying purely because of the promotion even though you live next door!).

You can find details of local Park Plaza properties here.   In the UK, there are properties in Leeds, Nottingham, Cardiff, Belfast and London.  In Europe they are mainly in Germany and the Netherlands, plus one in Budapest and three in Croatia.

Because Park Plaza’s are mainly 4-star hotels, rates are not so cheap, especially in London.  The cheapest midweek London rate I could find was £95 + VAT at the Sherlock Holmes on, for eg, Fri 20 July.  The River Bank property is £99 + VAT on Fri 6th and Fri 13th July.  The one below is Park Plaza Westminster Bridge which is actually built into the middle of a huge roundabout next to Waterloo Station! 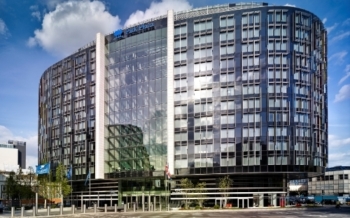 None of these prices really do it for me, as more than £100 is outside my comfort zone for this promo for a mattress run.  Obviously if you need a London hotel anyway it is a different matter.  Similarly, if you knew you were definitely going to New York, Moscow, Paris or anywhere else where hotels are expensive and there are Club Carlson properties, you may be willing to pay that to get a free night.

Personally, if I didn’t have my kids to look after at weekends, I would be looking for cheap European locations with decent BA Reward Saver availability and a number of Park Plaza, Park Inn and Radisson properties to shuttle between.  Germany, Spain and Portugal are usually the cheapest European countries for such promotions, although only Germany has Park Plaza’s.  If you travel with a partner, book a room each to double up on bonus points – although you can sleep in the same one if you like!

If you are booking a Park Inn or Park Plaza, please consider accessing their site via our affiliate link here.  Thanks!