American Airlines has announced that it is launching a Dublin to New York JFK service from 12th June 2013.

The outbound will be a day flight, leaving Dublin at 9am and landing at JFK at 11.30. The return will leave New York at 18.55, landing in Dublin at 6.55am. These are pretty good timings for a tourist trip.

American plans to use a Boeing 757 on the route, which will have only Business and Economy seating. The 757 business class seat is lie-flat but angled to the floor. 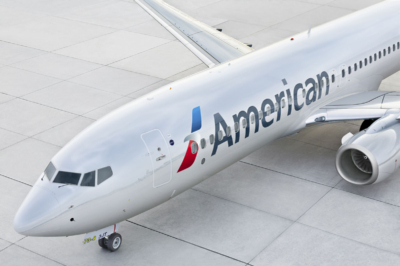 BA reward availability to the US has got surprisingly difficult to find in recent months, so this route will provide an alternative. It may prove especially handy for the day flight, where the angled seat will be less of an issue. You will also be able to go through US immigration in Dublin, allowing you to land in the US as a domestic passenger and walk straight out of the airport.

For someone in the regions, flying to Dublin to pick up this service is no less inconvenient than flying via Heathrow. If you book your UK to Dublin tickets separately, you will also make a big saving on Air Passenger Duty – although you need to take precautions to ensure you don’t miss your connecting flight if your UK flight is delayed.

It is a shame that AA does not yet fly to Boston, because Boston to Dublin is a touch under 3,000 miles and thus falls into a cheaper Avios redemption zone! Aer Lingus flies to Boston, and that is only 25,000 Avios in Economy (return) and 50,000 in Business.

Remember that American Airlines also flies to Chicago from Dublin, as indeed does Aer Lingus.

For seats on the AA routes, you should not necessarily trust availability as shown on ba.com (although if it shows, you can book it).  You can check redemption dates on the AA website (you don’t need to join AAdvantage to check flight reward availability) and then call British Airways Executive Club to book.