Last month, I wrote a mammoth three part series on redeeming your Avios on airberlin.  Why?  Because you will pay 90% less tax on an airberlin business class seat than a BA one – and a £400+ saving per seat is worth thinking about.

airberlin is still a work in progress as an airline.  It continues to tweak its routes and try to find a profitable niche for itself in a country dominated by Lufthansa.  To that end, it recently announced some changes to the route network:

airberlin has strategically revised its route network for next summer. The timetable modifications have been designed to increase efficiency and mainly refer to the intercontinental routes to the USA …

Against this background, airberlin will also be increasing its non-stop services to New York JFK, Los Angeles and Miami from May 2013 onwards, while at the same time cancelling its seasonal non-stop flights from Düsseldorf to Las Vegas, San Francisco and Vancouver.

The expansion and optimisation of services from Berlin and Düsseldorf to the American Airlines hubs of New York JFK, Los Angeles, Miami and Chicago is an important element in airberlin’s network strategy for summer 2013. Consequently airberlin will be increasing the number of non-stop flights between Düsseldorf and New York JFK from seven to ten flights per week, thereby ensuring greater timetable consistency with the same arrival and departure times throughout the year.

The number of flights from Düsseldorf to Miami is also being increased: from May 2013 a daily service will replace the previous five flights a week to this major US destination. Another new feature at airberlin’s Düsseldorf hub is that the number of non-stop flights to Los Angeles will be increased from three to four per week. The flights are scheduled for Tuesdays, Thursdays, Saturdays and Sundays. Since the service from Berlin to Los Angeles will still continue in summer 2013 with three flights a week – on Mondays, Wednesdays and Fridays – airberlin passengers will be offered a daily flight from Germany to West Coast USA from May 2013 onwards.

The times of the flights between Berlin and Los Angeles, a service that airberlin has been offering since 11th May 2012, have also been optimised for better connections to and from destinations in airberlin’s growth markets of Scandinavia and Russia. The service between Berlin and Miami is also being increased from three to five flights a week. 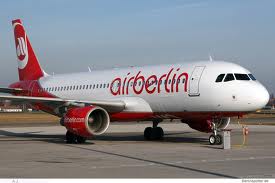 Going forward, then, I think that these will be the remaining airberlin long-haul routes from the Summer 2013 timetable (based on business class, return prices):