I don’t know how many of you will have heard of Norwegian Air Shuttle, the Norwegian based budget airline.

It has advertised its UK to Scandinavia flights fairly heavily (you may subconsciously recognise the bright red they use in their ads and on their planes, see below) but for 99% of Brits it is off the radar.

From Spring 2013, Norwegian is hoping that will change. 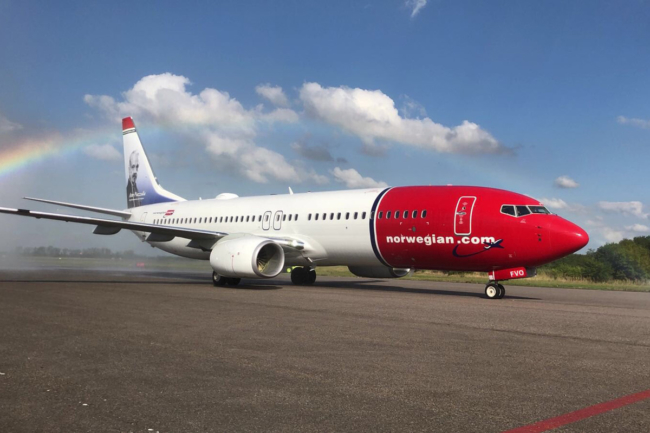 The company is launching a new base at Gatwick, taking on easyJet and British Airways.

It already flies to Oslo, Stockholm and Helsinki from Gatwick, and will be increasing frequencies to those cities.

It will also be adding:

Tickets are now onsale via www.norwegian.com. They are only basing three aircraft at Gatwick, so frequencies are light. However, you could buy a one-way on Norwegian and return with another carrier if necessary.

There are some good deals to be had at present. Fancy a week in the Algarve in May? Fly out Saturday 4 May, fly back Saturday 11 May and you pay (as of time of writing) £59.20 per person, return.

These prices won’t last forever – possibly not even until you read this – but they will want to fill the planes in their first season and I would imagine they will be aggressive.