Shortly before Christmas, Lufthansa announced the full details of the transfer of its short-haul services to its low-cost subsidiary Germanwings.  It is not pretty if you are a Lufthansa Miles & More member with status.

As of January 1st 2013, all Lufthansa short-haul flights which do not start or finish in Frankfurt or Munich are being operated by Germanwings.  This will include, for example, Heathrow to Berlin and Heathrow to Hamburg.  Heathrow to Stuttgart was already moved in 2012.

Germanwings will take on 52 aircraft from Lufthansa.  The new airline will have 90 aircraft and is expected to carry 16 million passengers per year. 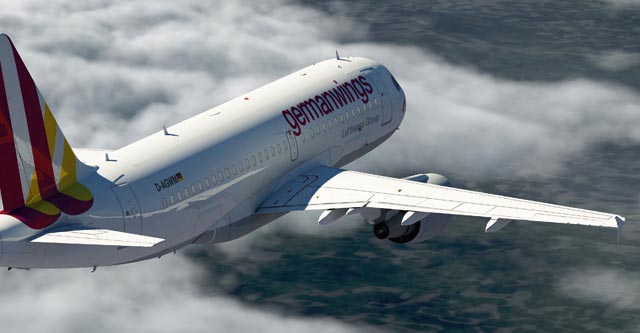 The biggest changes take effect on July 1st, however, when a new fare structure comes into effect.  There will be three different tickets available:

BASIC – nothing but your seat (no free food, no free baggage, no miles, no lounge, no extra legroom)

The key issue, though, is how Miles & More elite members are treated.

Flying Lufthansa, a Miles & More Frequent Traveller (Silver card) holder gets lounge access.  Not on Germanwings.   You will be able to pay for lounge access, though!

Senator (Gold) and HON Circle (super-elite!) members will NOT get an extra baggage allowance, priority check-in or priority boarding (unless they buy a BEST ticket, of course).

Finally, note that Star Alliance Gold and Silver cardholders from other airlines will get no benefits at all on Germanwings.

This all sounds scarily like BA Connect.  A few years ago British Airways hived off all of its non-London routes to a pseudo low cost carrier called BA Connect.  This was a total disaster, because its cost base was still far too high to compete with ‘real’ low cost carriers.  The operation was eventually sold to Flybe which is why British Airways is still a shareholder in Flybe.