Last month, I wrote about the changes that Starwood was making to the ‘cash and points’ awards available at Sheraton, Westin, W, aloft, Luxury Collection etc hotels.

As of 5th March, these changes are now in place.

Basically, Starwood Preferred Guest gave with one hand and took away with another.  They increased the cash element of ‘cash and points’ awards, but at the same time they were made available at many more hotels than previously.  The previous rates were, frankly, too low to persuade a lot of properties to take part it seems.

What has happened is that a few amazing ‘cash and points’ bargains have disappeared.  They have been replaced, though, by a far wider range of options. 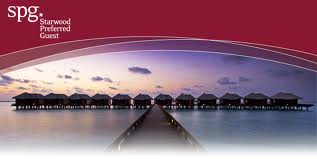 In general, I am OK with this development.  Here is an example.

We were booked (but unfortunately have now cancelled) into the Westin Athens Astir Palace resort in late May.  At the time I booked, which was under the old ‘cash and points’ regime, ‘cash and points’ was not offered.

For the dates we had booked, the rate was Euro 305 including tax, or 12,000 Starpoints.  That valued 1 Starpoint at 2.5 Eurocents.  (We actually did better than this, because we used the ‘5 nights for the price of 4’ deal that Starwood runs.  But let’s ignore that from the example.)

The same room is now available under ‘cash and points’ for 6,000 SPG points plus $108 including tax.  Transferring to Euros, this values 1 Starpoint at 3.7 Eurocents.

‘Cash and points’ is therefore a far better deal, and also lets you book the hotel with just half the Starwood points that you would otherwise require.

These examples also show why the Starwood Preferred Guest American Express credit card is a good deal.  Once a year – usually starting in November – it is available with a 20,000 SPG points sign-up bonus.  Even at 2.5 cents per point of value, that is €500 of free stays you can get from the introductory bonus.  You can also transfer American Express Membership Rewards points to Starwood at a 2:1 ratio.