A couple of years ago, Google bought ITA.  ITA is the most comprehensive airline pricing and routing database available, able to run substantially more complex searches across multiple dates, routes and airlines than, say, Expedia.

It wasn’t clear what Google was going to do with ITA, but one outcome appears to be Google Flights, which has now launched in the UK.  You can find it here. 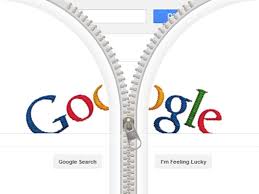 As usual with Google launches, it has been done with modest fanfare and it is not entirely clear what the point is, so far.  It appears to be taking data from the ITA database and presenting it in a far more user friendly format.

That said, at the moment it can do nothing cleverer than finding all the fares from Point A to Point B on a specific date.  The only difference between Expedia and Google Flights is that Google will send you off to whichever website has the cheapest fare for that particular date.  This doesn’t really gain you much as a customer, though, since it is rare these days to find a third party website openly selling a flight for less than the airline itself.

Given that this is Google, though, I imagine we can expect to see major improvements to this tool as the months pass.