If you have been following the Virgin Atlantic / Delta tie-up, this statement may have taken you by surprise.

Late last year, Delta Air Lines of the US announced that it was buying the 49% stake in Virgin Atlantic held by Singapore Airlines, a sale which crystalised a large loss for Singapore.

At the time of the deal, it was widely assumed that Virgin would join the SkyTeam alliance.  Delta is already a core member, the alliance has only a modest existing presence at Heathrow, and it would drive extra business to Virgin Atlantic. 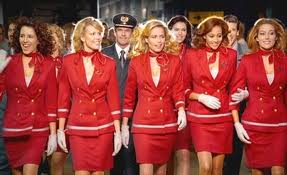 Given how much money Virgin lost last year (£135m), I assumed it would be desperate for all the business it could get.  It would also make Virgin Flying Club into a more serious competitor to British Airways Executive Club, since you would have been able to redeem across all 19 SkyTeam members.

But, according to this new statement, it isn’t going to happen.  At least not in the short term.  And Virgin Flying Club will be all the worse because of it.

Of course, Virgin didn’t join Star Alliance despite having Star member Singapore Airlines as a 49% shareholder for years.  But we all know how that turned out ….