A message has appeared on the US American Express website saying that Sirius, the Jumeirah Hotels programme, will cease to be a Membership Rewards transfer partner on 31st July.

There is no similar message on the UK site at the moment.  It is possible that this could just be a US move – Jumeirah lost control of its only US hotel, Essex House in New York, last year – but it would be rather odd. 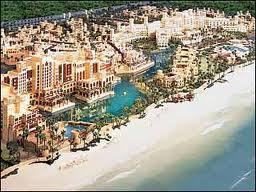 If true, this would be another blow to the credibility of Membership Rewards, at least for hotel transfers:

There is also no mention on the Amex International Dollar Card / International Euro Card site about Jumeirah leaving those schemes.

Let’s see what develops.  Amex and Jumeirah have historically had a close relationship, with Amex Centurion holders getting Gold status in the Jumeirah loyalty programme.  Jumeirah has also run genuinely good exclusive promotions for Amex cardholders in the past.  It would be a shame if all that went away.