It is very low-key topic, because by definition it depends on people not overdoing it.  3V is different because the cards are being used as they are intended and because Tesco is big enough to have enough stock. 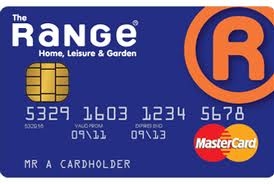 With so many prepaid cards now on the market, there are clearly other opportunities.  If you have a branch of ‘The Range’ near you, for example, this Flyertalk thread outlines an interesting game you can potentially play with their prepaid card.

(I have never been to ‘The Range’ and, living where we do, I am very unlikely to do so, so you won’t find me posting about this one unfortunately.)

I received this email from a Head for Points reader who wanted to share some of his experiences.  He gave me permission to reproduce this (I have done some minor editing and merged two emails into one story):

a)  My first purchase was a o2 Money Card whereby you could top-up in o2 shops with Amex (technically not permitted but no staff knew about the card and it went through the till points no problem) and then withdraw at £200 a time from cashpoints. This card has since been withdrawn but I had to stop after reaching their £10,000 per annum top up limit.

b)  I moved to the Orange Cash Card when this was released. This card could again be topped up in Orange shops using Amex in the same manner as the o2 Money card. The problem here was withdrawing the balance as there were no free cash withdrawals with this card. I did this in a number of ways:

Depositing the balance at MetroBank branches. Unbelievably when they first opened they were allowing customers to deposit money into their accounts via POS terminals. I never did test whether CCs would have worked but they accepted the Orange Mastercard Debit no problems. This was eventually shut down after this was detected by the bank’s Operations Manager and my account was closed.

Purchasing shopping centre gift cards issued by Flex-e-Card. These were issued as Maestro debit cards supposedly only to be used within the shopping centre listed. They however were able to be used at any physical POS Maestro terminal (not online – you had to sign for these, no chip & pin). I liquidated these through an obscure feature called Saveback at Sainsbury’s which allows you to deposit money into online Sainsbury’s bank accounts in-store in similar fashion to ‘cashback’. Money from the Sainsbury’s online account would then be wired back to my LTSB account.

c)  I purchased UKASH vouchers from Co-Op stores from their Paypoint terminals using the Amex (again no Paypoint transaction is meant to be permitted using credit cards but the Co-Op terminals processed the payments no problem). These were then deposited into bookmaking accounts and bet on extremely low odd results with the winnings then withdrawn back to my bank account or with some bookmakers in cash in their stores. [This was not risk free as I could have lost the bet at the bookmakers – I worked in the industry so perhaps would have more confidence than others with this].

I would like to say that sometimes positive externalities will also come your way. For the Orange Cash Card not only was I accruing miles by topping the card up but each £ I topped up I was also given Orange points to redeem on their side for things like money off bills and in store vouchers. And with the Maestro shopping centre gift cards, even more unbelievably, the volumes I was purchasing these in meant I was offered me Kindles and iPads as sales incentives to keep me with their centre when I indicated I was considering heading elsewhere.

One thing I would however highlight about all of these schemes is they all have pretty finite lives.  The o2 Money Card was restricted up to £10,000.  The Orange Cash Card was revoked by the issuers on suspicion of money laundering (despite me providing ample documentation to the contrary – I think in the end I was just costing them too much money).  The MetroBank account was closed after an investigation by the Ops Manager,  the UKASH vouchers were eventually traced back to me and I had to provide notorised documents showing the provence of the funds to one of the gambling sites I had been using.

The reader ends with some sound advice as to why you will never find a huge amount of detail on this topic on the internet:

A lot of the activities that you will conduct to simulate manufactured spending will essentially mimic money laundering type actions and as such will often arouse suspicion. Other actions will only be able to be taken so far or undertaken so many times before a stop will be put to it. That is why it is pretty much impossible to publicise specific schemes to wide audiences in the way that the US Mint coins were.  The best way for people to be able to fly under the radar is to inform people through past examples so they can find their own.