Anyone who is familiar with the pricing on Heathrow Express will not be surprised to know that passenger numbers across Heathrow Express and the much smaller Heathrow Connect service fell by 2.9% in 2012.

That said, over 6 million people still used the services over the year – a frankly amazing result given that Economy ticket prices start at £20 for a one-way ticket. 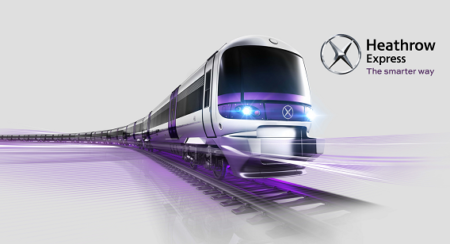 Historically, Heathrow Express has run discount codes in conjunction with various airlines, but these have all now expired.

This article outlines the various methods for getting a discount on Heathrow Express, including special deals for 2 adults travelling together and groups of 4.

Children under 15 can now travel free on Heathrow Express when accompanied by an adult (maximum 2 children per adult).

Children under 5, of course, always travel free on Heathrow Express. Older children still had to pay 50% of the usual fare, though, so this is not a bad deal. Unfortunately, it cannot be combined with any of the other offers.

You need to use Heathrow Express promotional code KIDSFREE12 when you book via the website. For July and August ONLY, you can also get this deal if you buy your ticket from a ticket office, on the train or from one of the people who shout at you as you exit the departures hall at Heathrow!

Two adults and two children would pay £68 in total for Standard Class return tickets from Paddington. This is still not a great deal, but clearly better than the £108 that it would normally cost! The cheapest alternative deal would be the DUO12 code (two adult returns for £50) with the children at standard rate.