I have run a couple of pieces on Head for Points before about Avios Cash Passport, the card which allows you to store pre-load foreign currency for spending abroad.  I have never been desperately excited by them, even though you can earn points.  The same goes for the British Airways branded version, which is also discussed here.

Down in Australia, Qantas has launched its own version – Qantas Cash.  But they have taken the idea a step further.  The airline is issuing combined Qantas Cash cards and Qantas Frequent Flyer membership cards. 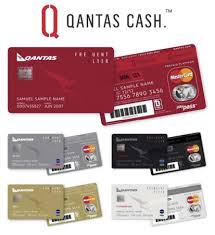 The same card that you use to get your ticket from the online check-in machine or get yourself into the lounge, can now be loaded up with money and used as a debit card!

Full marks for original thinking from Qantas.  There is no obligation to activate the Qantas Cash feature, but of course once you are already carrying the card around, you would think twice about ordering a competing product from another issuer – even though the Qantas card does not have the lowest fees.

Wonder if we will see BA following suit?  Full details here if you want to know more.  If you are a Qantas member, you should receive your new integrated card before the end of the year.