I don’t write much about KLM or its Flying Blue loyalty programme on Head for Points, even though a lot of readers outside London use it as they find a transfer in Amsterdam to be more convenient than a transfer at Heathrow.

Two of the key reasons it had a poor reputation in the ‘miles and points’ world was the poor KLM business class seat and the uncompetitive Flying Blue frequent flyer programme (with surcharges that made BA look like a paragon of virtue). Without too much fanfare, changes have been made to both over the last year. 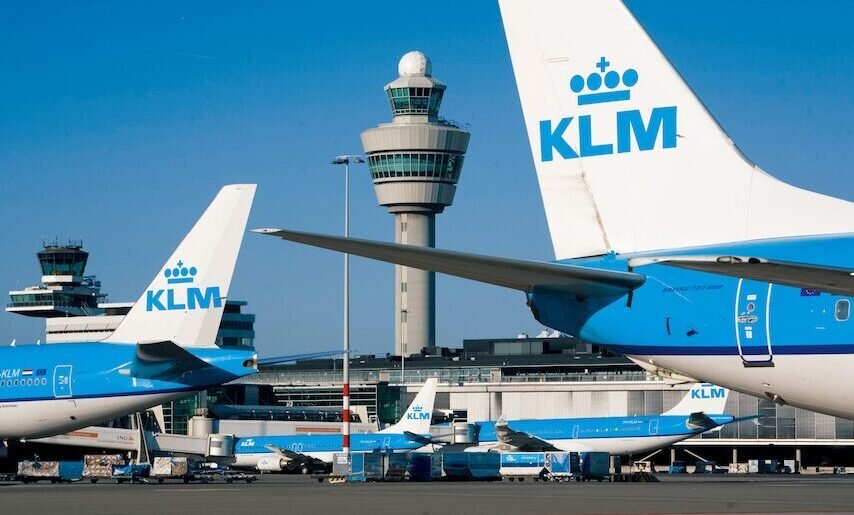 I wrote here about some of the changes to Flying Blue announced this year. To be fair, the improvements are mainly in Economy and Premium Economy, with Business Class redemptions generally increasing in mileage.

Here is some more information on the new business class seat.

The roll out started in July on the 747 fleet, with all 22 aircraft due to have been refitted by April 2014. The airline will then start work on its 15 777 aircraft. It will not be placed on the last couple of MD-11’s, which are still serving Montreal and San Francisco in advance of being fully phased out next year.

Here are some shots of the cabin on the refurbished 747’s. You are most likely to find this seat flying to Hong Kong and Tokyo at the moment. 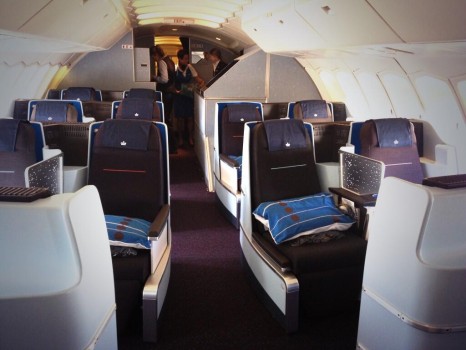 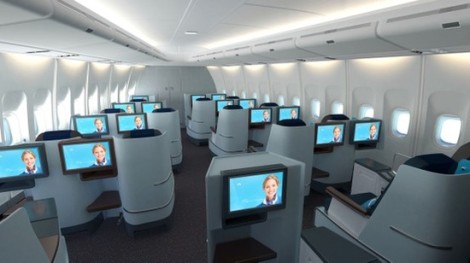 The number of seats in the business class cabin has been reduced from 42 to 35 to allow a fully-flat layout.