I rushed out a post on Monday to flag up the amazingly generous £1,000 Club World that British Airways was making available to certain destinations over Christmas.  This has now been officially launched as a two-day sale, which expires on the 5th, but the best seats have already been taken by HFP readers and others ‘in the know’.

At the same time, Iberia has relaunched what is – frankly – one of the weirdest promotions I have seen in a long time.

This is not a ‘published’ fare, which in plain English means that there are no official fare rules.  It is certainly not refundable.

It appears that ticket dates can be changed for a €300 fee (“Modifications autorisées avant le départ du vol avec une pénalité de 300€”).  However, changing the outbound date will reprice the ticket at the cheapest fare available at that time, which will be hugely expensive.  Changing the return date after departure should not involve repricing.

Here are the key details, as far as I can work them out:

To price these deals, you need to visit iberia.com and select ‘France’ from the dropdown country menu at the top.  Note that the website will then be operating in French or Spanish.  However, use Google Chrome as your browser and it will offer to automatically translate for you. (EDIT: comments below suggest that the main Iberia English site is also now showing these fares.)

You need to fly FROM Paris (Orly or Charles De Gualle) to a city in the US.

You need to depart by April 15th

Availability is wide open, every day

Who will I be flying with?

In the vast majority of cases, you will be offered an American Airlines flight from Paris to the US.  You need to remember that these are generally older AA aircraft which do not have fully flat seats in Business Class.

However, if you look for New York you will see some seats offered on the OpenSkies direct service from New York to Paris, and that does offer a fully flat seat.

If you are offered a connection in Madrid and a transfer to Iberia for the long-haul leg, this may also be on a fully flat seat, depending on which Iberia plane you get.

If you have a domestic connection in the US, this should book into First Class as most American domestic flights have just two classes – first and economy.  In some cases, this does not seem to be happening so keep an eye on what iberia.com is showing you for each leg.

Outbound is €573 on February 4th (screenshot as at 10pm last night).  You cannot see the class categories, but all three prices shown are for business class, with different levels of cancellation / flexibility: 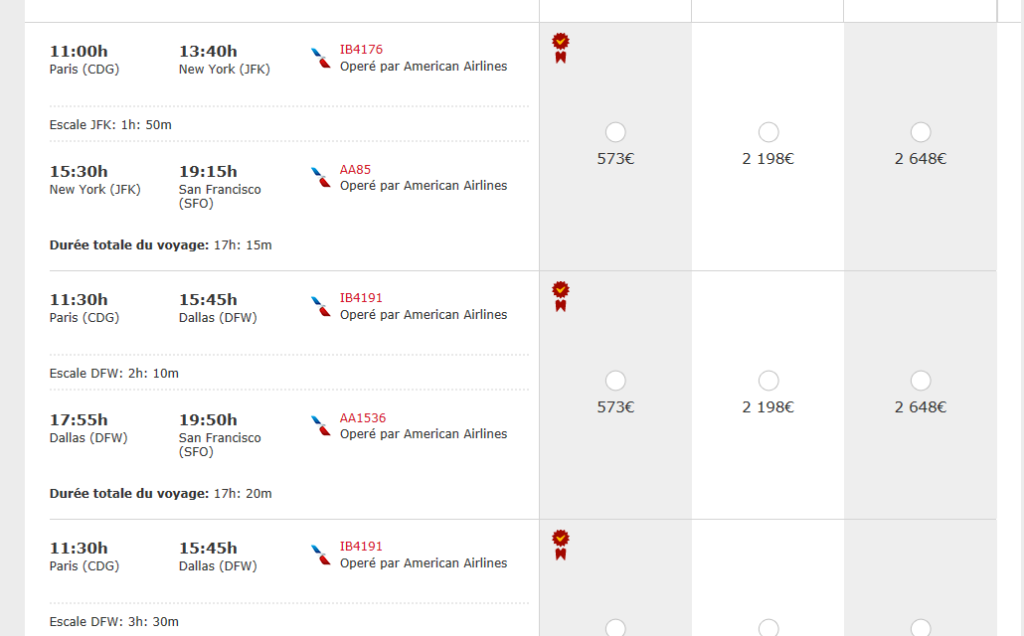 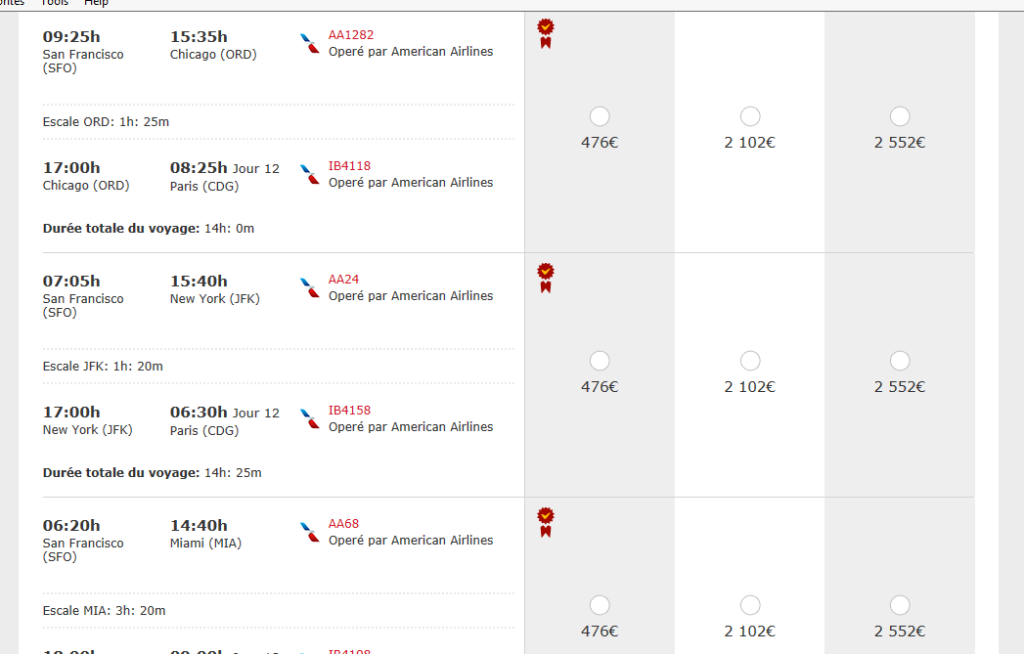 Remember that you will earn full British Airways tier points and Avios for these flights as well!

Flights seem to be available for departure dates up to April 15th.  There are some excellent opportunities here, without a doubt.

Is this a fare error?  These flights were available two weeks ago for a few days, disappeared and have now come back.  They are being discussed widely so I feel happy sharing them here.  In any event, it doesn’t matter.  The US Government does not allow airlines to cancel flights which touch US soil if they were mispriced, so you have no risk.