A lot of UK residents took advantage of this disparity by ‘moving’ their BA accounts to the address of an office or friend in Europe, in order to achieve status with fewer tier points.  However, there were downsides to this – you couldn’t have a British Airways American Express card, so no 2-4-1 voucher, and you couldn’t convert Tesco points to BA. 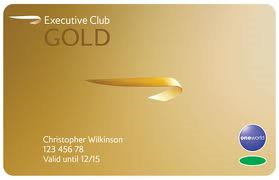 Except it isn’t going to.

BA seems to have been spooked by something.  I’m not sure what, but presumably they have looked at the travel patterns of these grandfathered members and decided that few of them would retain status at the standard 600 / 1500 level.  BA is probably guessing that most of these members would defect to other airlines rather than continue to fly BA without their previous status.

Whatever the reason, BA has decided to extend grandfathered memberships for another year.  If you currently earn Silver for 400 points or Gold for 800 points, you will be told shortly that you will be allowed to requalify for 2015 based on these numbers.

Good news for Euro members.  Bad news for people who were complaining that the Heathrow lounges were getting too crowded!