Air France has finally joined the ‘fully flat seat in business class’ club.  The airline recently announced that it was about to start rolling out a new product.

A total of 2,102 seats will be installed between June 2014 and Summer 2016 on 44 Boeing 777 aircraft.  Designed by Zodiac, it is a version of the new seat being used by Cathay Pacific and American Airlines. 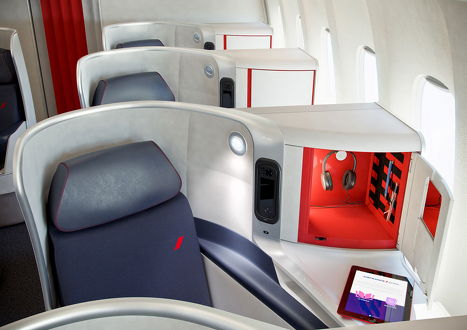 At first glance, I have to say that it does look impressive, especially with a 1-2-1 layout.  All seats have aisle access (unlike BA) and come with a 41cm TV. 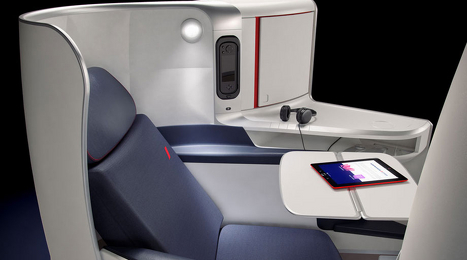 As you can see from the photographs, the seats are arranged in a herringbone pattern.  This is emerging as the most effective way of matching seat density with privacy, assuming that an airline has rejected the BA ‘ying yang’ model. 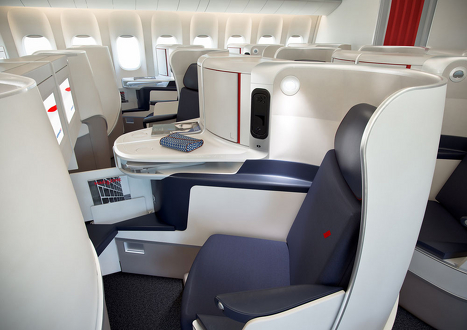 The formal press release is here.