From a miles and points perspective, the key point in the UK Budget Statement yesterday was not the cut in Bingo Duty to 10%, nor the freezing of cider duty, but a cut in the rate of Air Passenger Duty to certain long-haul destinations. 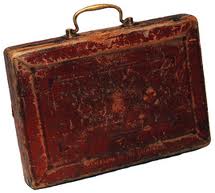 Except for one flight from Belfast, the current rates of Air Passenger Duty are as follows:

The distances are NOT based on your flight but the distance from London to the capital city of the country you are visiting.  The exact band for each country can be found in Appendix 1 here. In the changes announced yesterday, the two highest bands will be abolished from 1st April 2015.   Based on the current figures, which will be adjusted for inflation before April 2015, APD on Economy tickets to anywhere over roughly 8 hours flying time will fall by up to £27 and by up to £54 in Business. The numbers are still crazy, of course.  A family of four flying in Economy will still face a tax bill of £268.  Any reduction is better than nothing, though. The Chancellor also announced an increase in the Regional Air Connectivity Fund, which either a) wastes your money by paying airlines to operate uneconomic routes or b) encourages airlines to launch new routes at a time of economic hardship, depending on your political leaning!