This is my review of the Emirates Airline lounge at Terminal 3 at Heathrow Airport in London.

We flew to Dubai last week on Emirates.  (Skywards miles redemption, via transferred American Express Membership Rewards points during the 25% transfer bonus last year, before anyone asks!)  This meant my first visit to the Emirates lounge in Heathrow Terminal 3 for about 5 years.

There are two main differences to the British Airways facilities in Terminal 5:

Emirates has just one lounge for all First and Business Class passengers, plus status card holders

Boarding from the lounge means that, as you walk in, you are greeted by this directly in front of you: 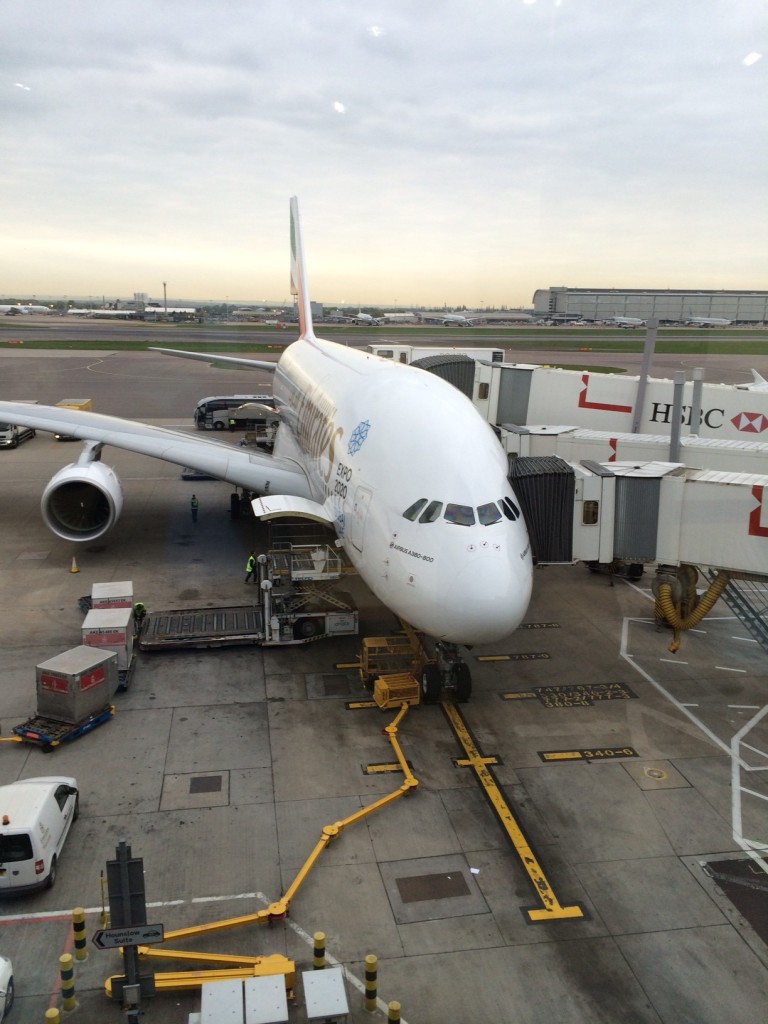 …. which my 2-year old loved.  Because the inbound flight was slightly delayed, we actually saw it taxi onto the stand and park up in front of us, which was impressive.

The lounge itself is U shaped.  You enter here onto a corridor: 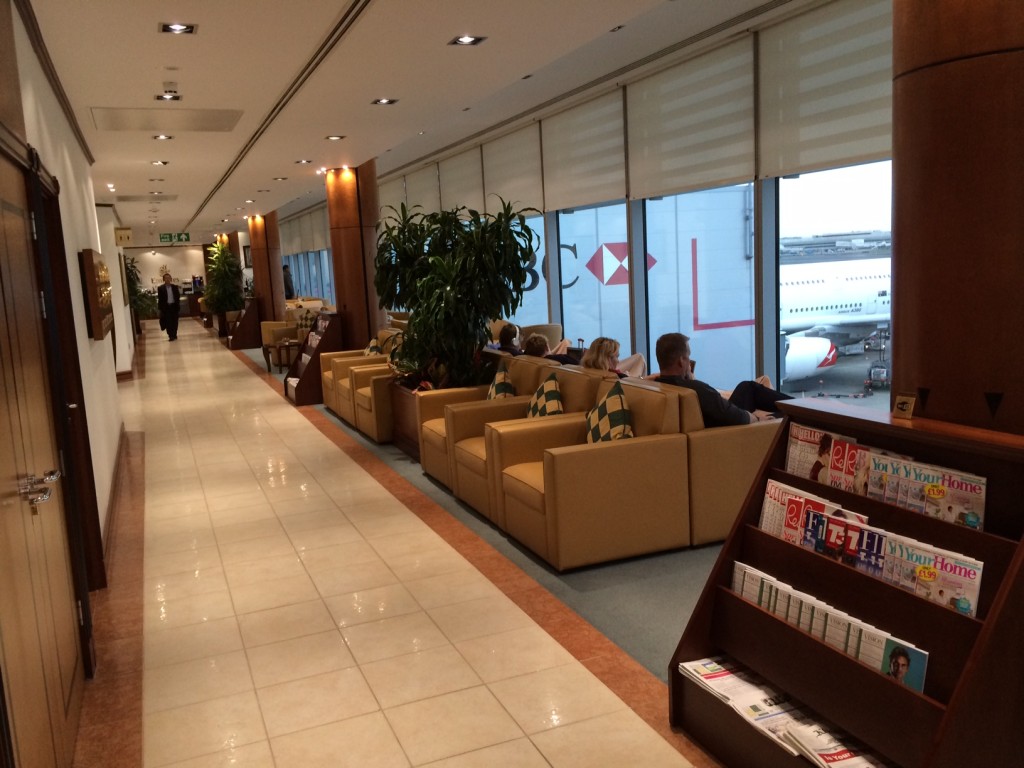 …. and if you turn left you end up at what is effectively the ‘quiet end’.  There is a second boarding gate in this area, which was not used whilst we were there.  The Qantas flight was disembarking on the stand. 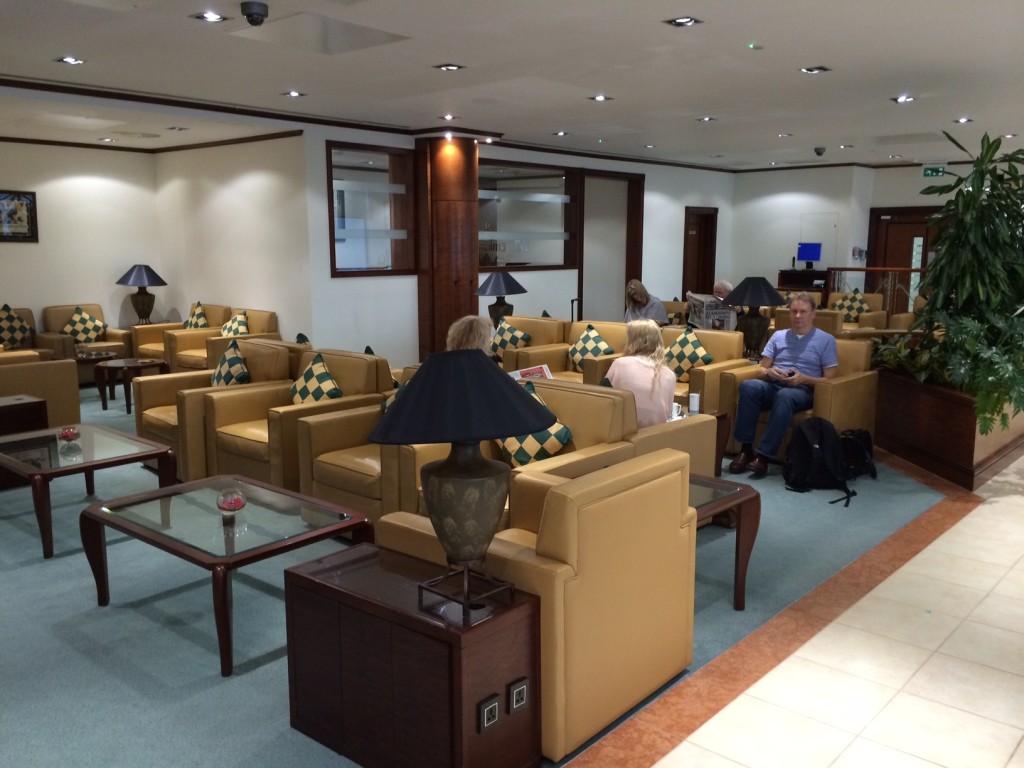 Turn right and you end up in the dining area.  There is an impressive buffet here …. 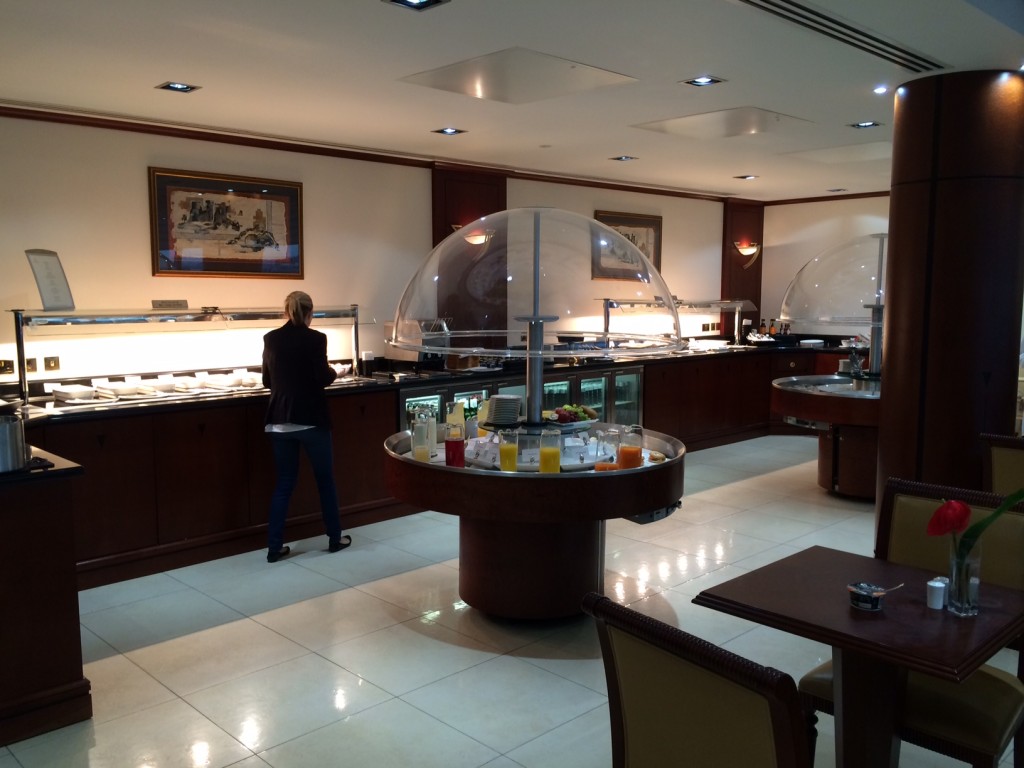 …. although the seating, to put it mildy, is utilitarian. 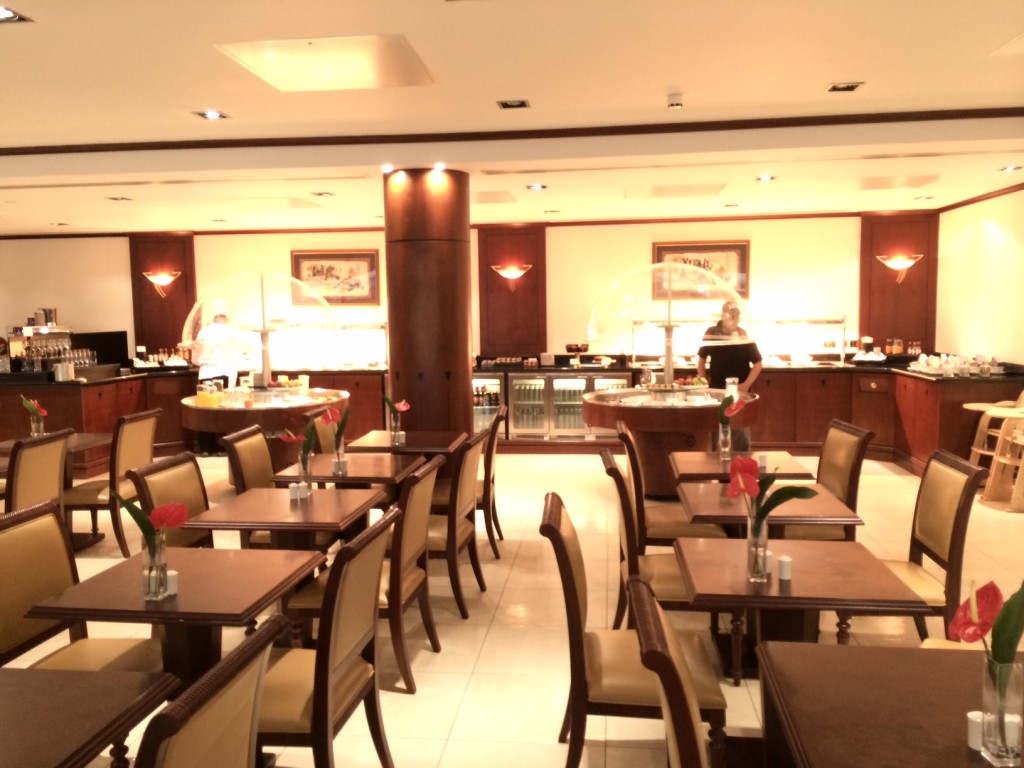 There are a few things worth noting if you expect to be visiting the Emirates lounge at Heathrow:

It is a bit out of the way.  To get back to the shops, you have a decent walk down a depressing corridor.

There is no childrens play area (unless you count playing games on the lounge computers!).  The food selection is fine for children, however.

To say the lounge lacks a ‘wow’ factor – apart from the  novelty of direct boarding – is putting it mildly.  That said, apart from the new concourse in Dubai Airport, the Emirates home base lounges are not much better!

To be fair, for a business class lounge run by an airline outside its home airport, it is certainly not bad.  You won’t starve and you won’t be short of anywhere to sit.

You WOULD be disappointed if you were in First Class, however, since this lounge does not match up in any way with the Emirates First Class in-flight product.

After two hours (our flight was delayed by 30 minutes), we boarded.  Which was, of course, laughably easy, because we just walked through the door below from the lounge! 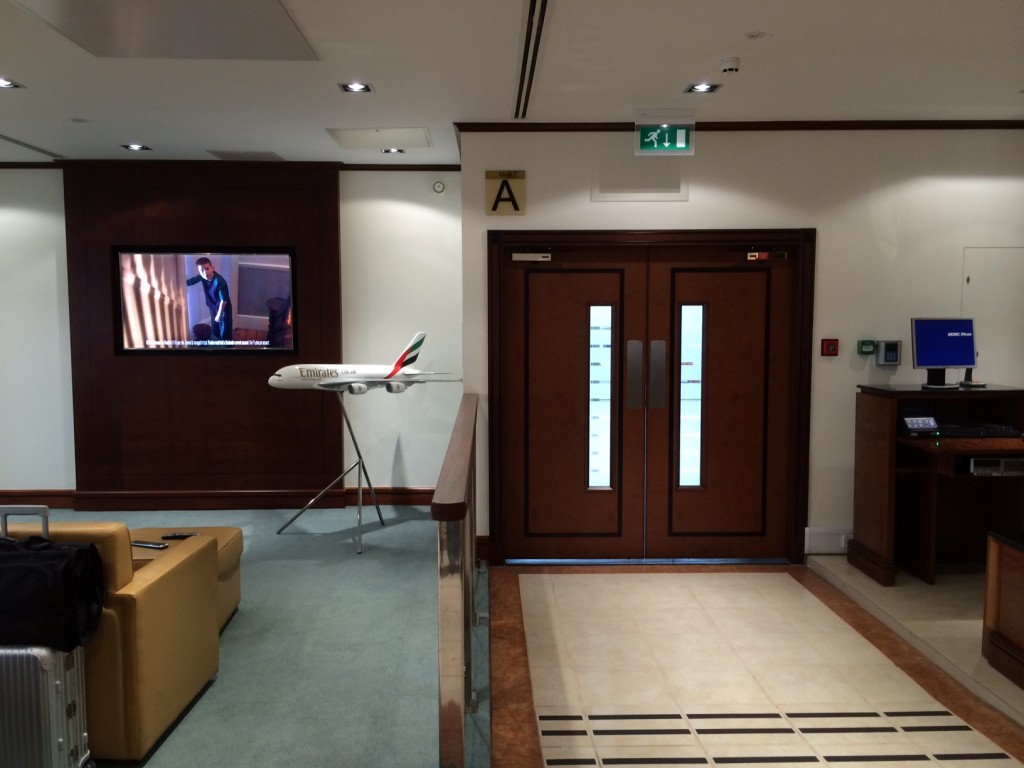 I will spare you an in-flight trip report since I did one last October on an identical A380 business class flight.  My 2-but-almost-3 year old was impeccably behaved, which makes me hopeful that the ‘troublesome children on a plane’ phase of my life is now over!